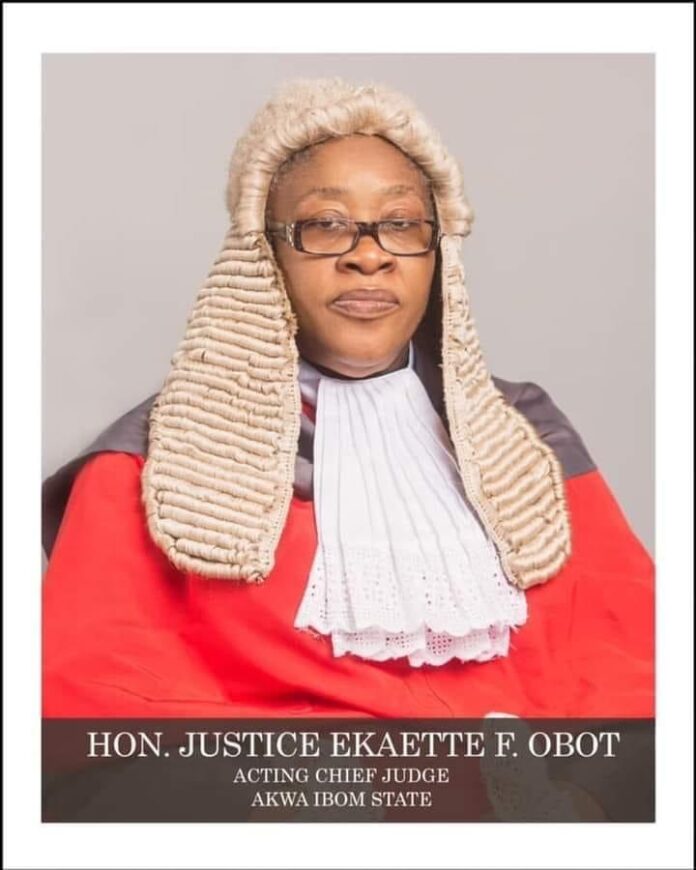 A 21-year-old man, Ekemini Otuakak Edet, who had admitted of taking part in the robbery of MI AMAN Pharmacy located at 44, Aka Nung Udoe Road, Uyo in Akwa Ibom State in March last year, has been sentenced to death by hanging.

Edet, who hails from Oruko in Orueffong Uruko Local Government Area of the State was sentenced today by the Uyo High Court presided over by Justice Okon Okon.

While others escaped, Edet was not as he was arrested following a tip off in his residence, Ikot Iko in Ibesikpo Asutan Local Government Area and was arraigned 25th August, 2020

In his judgment, Justice Okon found thaccused guilty of armed robbery which is punishable by death under section 1 (2a) of the Robbery and Firearms Special Provisions Act, Laws of the Federation 2004.

Justice Okon held that the prosecution has “satisfactorily discharged the burden of proving the guilt of the accused in the commission of the crime.”

“I therefore find the accused guilty and accordingly convict him. The sentence of this Court is that you Ekemini Otuakak Edet be hanged by the neck until you be dead.” The Judge held.

Justice Okon prayed God to have mercy on the soul of the accused.