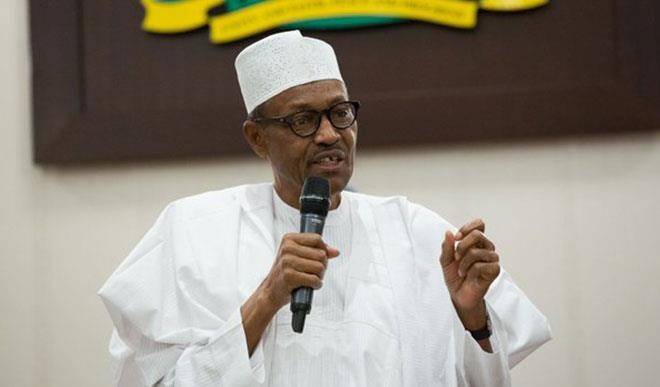 President Muhammadu Buhari has said he wonders why Nigerians accepted him despite not being rich.

Buhari said the number of people that turned out to see him, especially during the electioneering campaign, some waiting for 10 hours in the sun, was more than anyone could buy, or force

The President spoke Tuesday at State House, Abuja, while receiving the report of the National Security Summit held on May 26, 2021, by the House of Representatives.

The report was submitted by a team of House members, led by the Speaker, Femi Gbajabiamila.

“We are a lucky country and should congratulate ourselves, despite challenges that could have torn us apart, President Muhammadu Buhari has said.

President Buhari urged leaders to respect the people, from the lowest to the highest, “so that it becomes a duty to them (the people) to pay back to the leadership.”

Respect for the people, according to the President, should come in allowing them “to choose who they like as their leaders, irrespective of political party or religion.”

Describing the event as “a remarkable occasion,” President Buhari restated his determination to serve the country to the best of his ability, recalling his visits to the 36 States during the campaign for 2019 elections.

He said, “The number of people that turned out to see me, some waiting for 10 hours in the sun, was more than anyone could buy, or force.

“They just wanted to see who this Buhari was. People wonder why Nigerians accept me, despite not being rich. I wonder, too. I felt I just have to serve Nigeria and Nigerians to the best of my ability.”