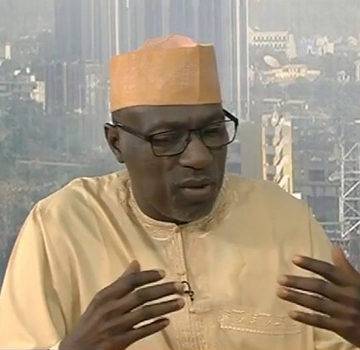 A presidential aspirant of the people Democratic party ( PDP) Senator Ahmed Makarfi said he would not publicly disgrace the party after using the platform to attain great positions in the country.

The former Kaduna state Governor, who was in Lafia recently for consultation tour, said PDP made him what he is today and sees not a reason to disappoint it.

” I was nobody working selflessly for PDP in Kaduna when I was made the party flag bearer and subsequently voted as Governor of the state.

” People accepted me based on my past records of achievement while in the office as Governor, and Senator, as well as acting chairman of the party.

” PDP has done everything to me and I will not naked her in a public marketplace. I will not disappoint her,” he reiterated.

Makarfi further stated, that his declaration for the office of the president, came after wide consultations and being fully convinced that the nation needs somebody with track records of his calibre.

According to him, Nigerians are in a great tension of insecurity and uncertainty, in dire need of a leader that will salvage her from the sorrow and pains.

” I am known with the record of peacemaking processes while in office as Governor, I would ensure the restoration of the peaceful coexistence that the country is known for long, tribal, religion and cultural affiliation ”

Also speaking, the state chairman of the party, Mr Francis Orogu while welcoming the aspirant to the state, said PDP in the state would support him by giving their votes in order for him to clinch the ticket.