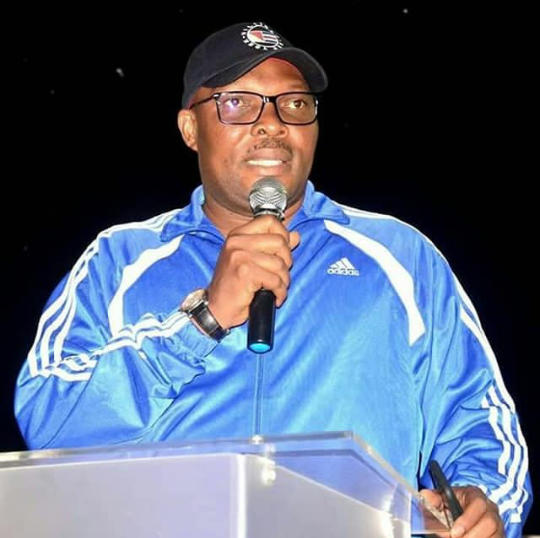 The Bayelsa State Government says its attention has been drawn to an online publication by the Honourable Member representing Ogbia Constituency 3 in the State House of Assembly, Hon. Gabriel Ogbara that he has been deprived the privilege of developing his constituency due to the refusal of the government to release constituency project funds to him.
The State Commissioner for Information and Orientation, Daniel Iworiso-Markson while reacting to the development said it is unfortunate that the lawmaker would make such outlandish comment which clearly is aimed at inciting his constituents against the government.
Iworiso-Markson in a statement on Wednesday called on the people of Ogbia constituency 3 to discountenance Ogbara’s allegations, describing it as a cheap blackmail and a ploy to curry sympathy from his people ahead of the next general elections.
He said the lawmaker is doing everything possible to redeem his image after almost four years of woeful performance in the assembly, and has chosen the government as a target for his smear campaign.
The Information Commissioner advised Ogbara to stop playing politics with issues of development by raising false alarm with his clear misrepresentation of facts.
According to Iworiso-Markson, Hon. Ogbara and other misguided youths who are in the habit of peddling falsehood against the government should know that constituency project funds are not meant for lawmakers but the communities in the various constituencies.
He explained that the honorable member is acting out of ignorance and urged him to go through the relevant laws and properly educate himself of the statutory powers of the executive as regards constituency project funds, adding that it is an exclusive executive function and not that of the legislature.
The Commissioner further explained that with regards to the constituency project in Ogbia constituency 3, it will be given to competent contractors to handle and all he needs to do is to ensure that he supervises the project till completiton.
Iworiso-Markson informed that the government had in the last six years carried out various constituency projects across the state including the constituency schools which are now complementing the existing boarding schools in the state.
While calling on Ogbia sons and daughters not to be deceived by the blackmail, the Commissioner pointed out that Governor Henry Seriake Dickson has carried out more projects in Ogbia kingdom in the last six years and needs to be commended and supported so he can do more.
” It has come to the attention of the Government of Bayelsa State that some funny characters including the member representing Ogbia constituency 3 in the state house of Assembly, Gabriel Ogbara are going about accusing the restoration government of withholding money meant for constituency projects.
“We find this very absurd and a complete misrepresentation of the real issue. For the avoidance of doubt, let us make it abundantly clear that constituency projects funds are not meant for lawmakers but the people.
” Our obligation as backed by law is to make the funds available to competent contractors to execute meaningful projects that will change the lives of our people. As it is evident, in the last 6 years we have done that. Go round and see the constituency schools for example. It is the judicious use of such funds” the statement said.
To Advertise or Publish a Story on NaijaLiveTv: