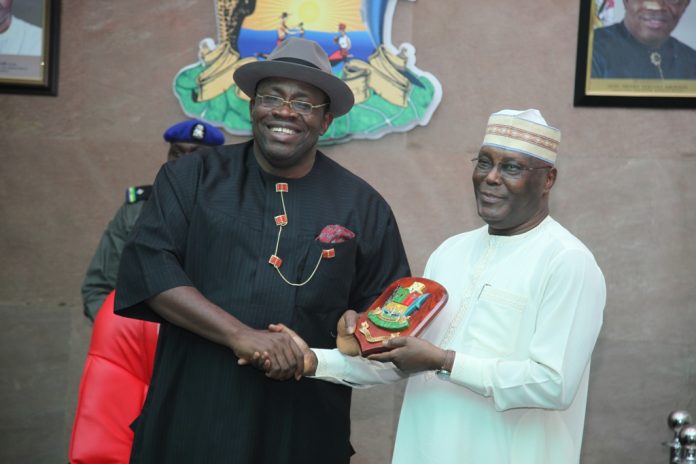 Former Vice President of the country and Presidential aspirant of the Peoples Democratic Party, (PDP), Alhaji Atiku Abubakar on Wednesday gave kudos to Governor Seriake Dickson of Bayelsa State for transforming the state through purposeful leadership and the execution of people-oriented projects. He said so far, Dickson is clearly the all-time best Governor of the state and expressed confidence that he will finish very strong in 2020! 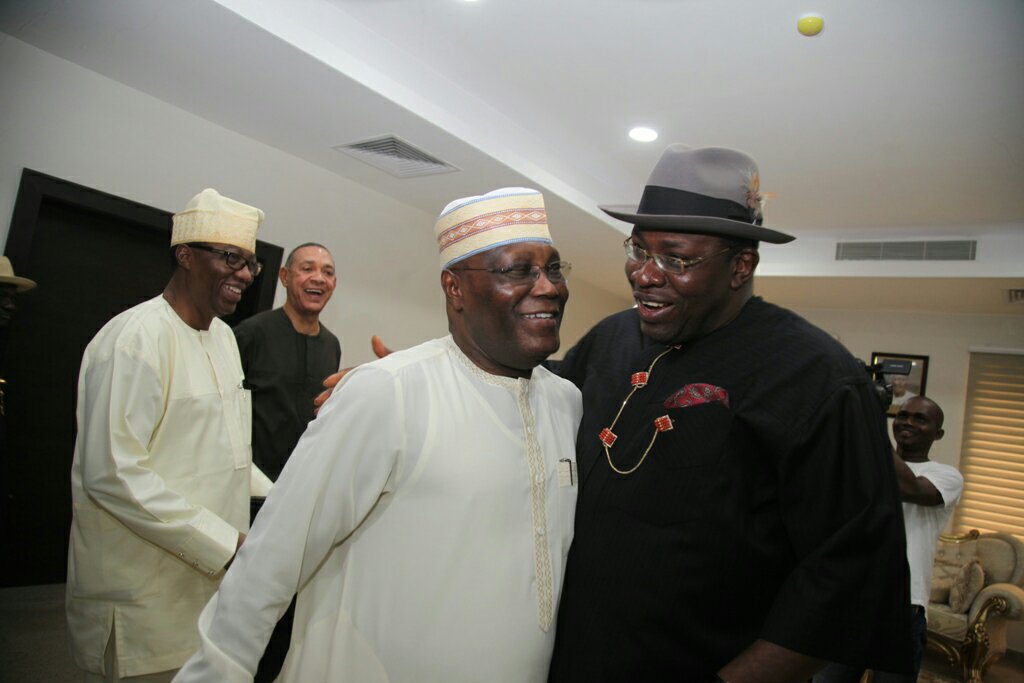 A statement signed by the Chief Press Secretary to the Governor, Mr. Francis Ottah Agbo, quoted the former VP to have given the commendation at the commissioning of the state public service secretariat, Annex 6 in Yenagoa, as part of his 2-day visit to the state.

He also attributed the political stability and achievements recorded so far in Bayelsa State to the peaceful transition from one PDP government to another since the return to civil rule in 1999. 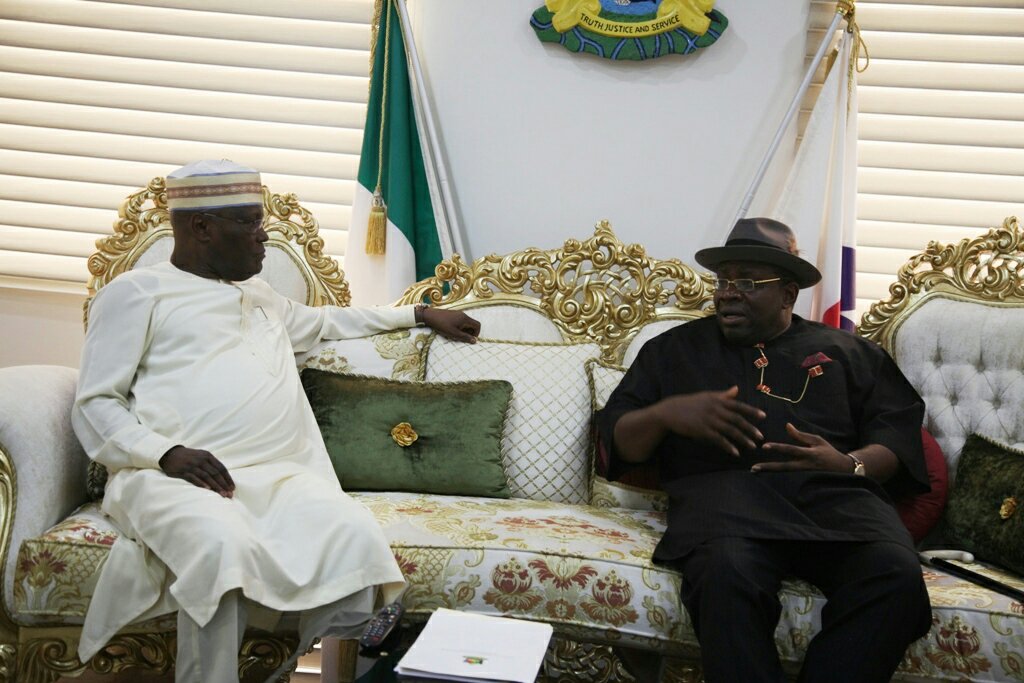 Describing Bayelsa as a calm and peaceful state, Alhaji Atiku said he had travelled through the waterways and creeks of Bayelsa, which afforded him the opportunity of seeing first hand, the living conditions of the people in the Niger Delta.

“I am not a stranger in this state, I have been associating with the people of Bayelsa since we launched the process of returning this country to democratic governance. Bayelsa is calm and peaceful. 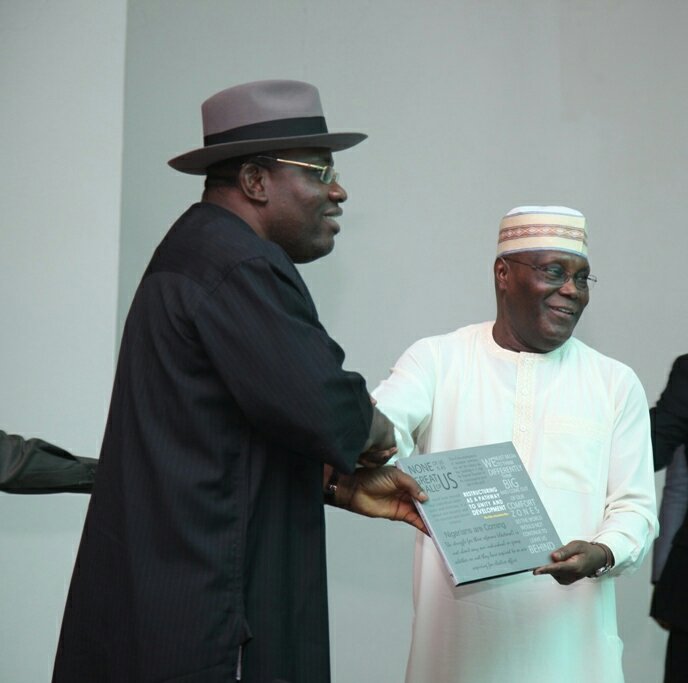 “Sometimes at odd hours, we used to travel through the creeks of Bayelsa and the entire Niger Delta. There are a few Nigerians who are as conversant with the conditions of the people of the Niger Delta as myself.”

In his remarks, Governor Seriake Dickson reiterated his administration’s commitment to making Bayelsa one of the leading states in the country by improving on the infrastructural base of the state.

The Governor expressed delight that Atiku had spent valuable time in the state and has seen for himself various high profile projects being embarked upon by the restoration government including the state secretariat annex, which he noted, is among several others in the state.

Governor Dickson who assured that his administration would do more for the public service, expressed determination towards ensuring the overall welfare and well-being of the workforce to enhance efficient service delivery in the public service.

His words: “We are happy that you have spent quality time with us here in Bayelsa and you have taken time out here to be able to perform this simple but very profound duty. This is one of the several public office buildings that government has constructed. 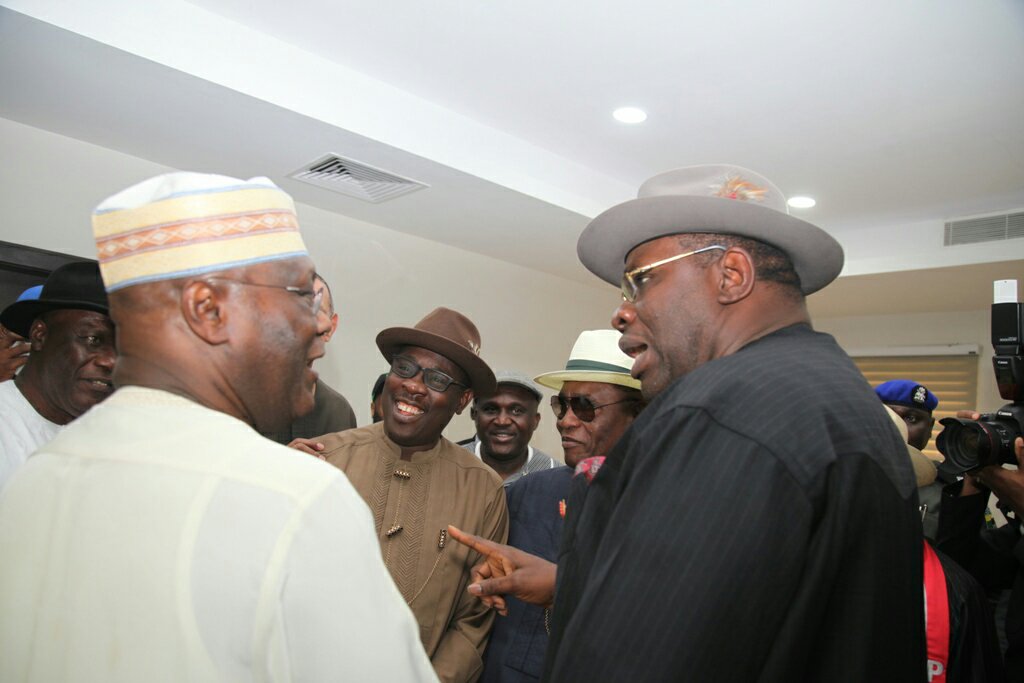 “And today, its our honour and privilege that you are here with us to commission this project that is housing a number of our ministries and key public officers.”

Also speaking, the Commissioner for Works and Infrastructure, Barr. Lawrence Ewrudjakpor, expressed appreciation to Governor Dickson for constructing the project as it has boosted productivity of all cadre of workers.

He highlighted the importance of a conducive working environment for every worker, pointing out that, Governor Dickson has exhibited rare commitment to the welfare of the workforce.

In his contribution, the state Head of Service, Reverend Thomas Zidafamor, applauded the restoration government for building several secretariat complexes for the public service since 2012.

Reverend Zidafamor also noted the efforts of government in the construction of mass housing schemes for workers and expressed commitment to the implementation of government’s policies and programmes to the letter.