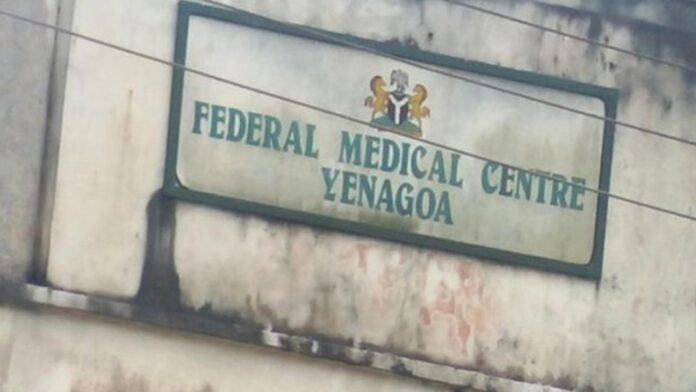 There is rising tension in Yenagoa, the Bayelsa State capital after a failed attempt to allegedly steal the corpse of the 27years old suspect, Goodluck Oviekeme, who was arrested on Tuesday alongside eight others over allege attack on a Policeman and theft of his service rifle.

The reasons for the attempt to steal the corpse deposited at the morgue of the Federal Medical Centre at about 12am was not immediately known but mortuary attendants immediately alerted the men of the Operation Puff Adder who provided additional security and thwart the attempt.

Witnesses told NAIJA LIVE TV that the men that arrived in a Prado Jeep numbered PF 8025 C at about 12 am on Sunday Morning (today) were accosted by men of the Operation Puff Adder, Operatives of the anti-cultism squad and Assistant Commissioner of Police, Operations.

According to senior policeman, [Name Withheld] about four youths were seen in the suspected vehicle led by one ACP Emmanuel Asufi Idowu and a member of the State House of Assembly (name withheld).

According to the source, “We got information that the politician, four boys and a Policeman were trying to retrieve the corpse. When the men of Operation Puff Adder arrived in company of another senior police officer, ACP, Operation. They could not retrieve the corpse.”

“when they were asked what they were doing at the morgue at an unholy hour, they claimed they were at the Medical centre to pay the mortuary bill for the deceased. He was then asked if he was the one that dropped the corpse? He said No. And they drove out of the FMC premises. “

The ACP operations was however heared commending the staff of FMC for their vigilance and reinforced the order of the State Commissioner of Police, Echeng E. Echeng to protect the corpse and conduct autopsy to unravel the cause of death of the suspect.

It will be recalled that the State Commissioner of Police, Echeng E. Echeng had on saturday ordered for discreet Investigation and autopsy to determine the cause of death of Goodluck Oviekeme ‘m’ 27yrs following protest by indigenes of Biogbolo Community.

Attempts by NAIJA LIVE TV to get reactions from the Management of the Federal Medical Centre in Yenagoa proved abortive as at the time of filling this report.