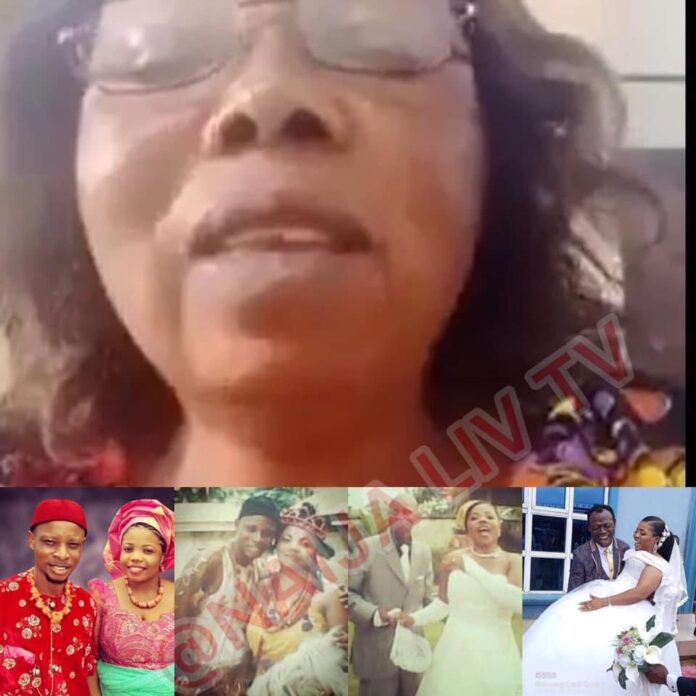 Posted by Opeyemi Soyoye on August 10, 2021
Christiana Everest, the mother of woman who reportedly left her husband to marry their pastor has broken silence.

In a video shared on social media Tina’s mother explained that her daughter’s first husband, Ben didn’t pay bride price when he married her daughter 12 years ago.

Tina and new husband, Pastor Moses.
According to her, Ben did every other rite; traditional and church wedding but neglected the most important thing, her bride price.

“He gave people, both men and women, their right, but, to the parents, when they told him to come and see us, he said he will see us later. There was no bride price. That’s the main thing that makes a woman to be a wife to a man.” She said.

Speaking further, she alleged that after her daughter had their first child and she visited for Omugwo, Ben and his mother sent her out of the home, preventing her from being there for Tina who just put to bed.

Christiana stated that in Tina and Ben’s 12 years of marriage he constantly abused her, which made her daughter move back home multiple times but he always came back begging.