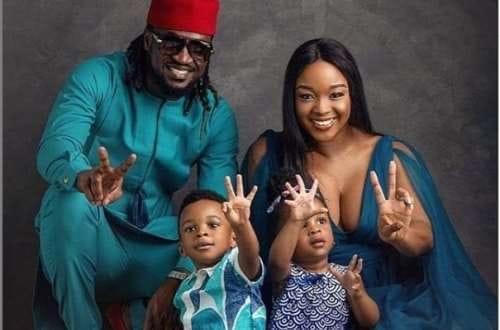 Nigerian singer, Paul Okoye of defunct Psquare music group, has shared a video of the adorable moment he reunited with his kids in the United States.

In the video, Rudeboy as he is fondly called, could be seen standing in a parking lot when his kids were led to him by a lady. When the kids sighted him from afar, they happily ran into his waiting arms. It was indeed a joyful moment for the singer and his kids.

He shared the video on his Instagram page and tagged his ‘estranged’ wife, Anita Okoye, accompanied with love emojis.

This comes after the singer’s wife allegedly filed a petition to divorce him and demanded a monthly payment of $15,000 (about N7. 8m) as support. It can be recalled that a copy of the petition, which was signed before an Abuja High Court, went viral few weeks ago.

Well, the singer has reunited with his three kids in the United States. Watch the video below,

P-Square: Peter Okoye gives one condition for group to come together again