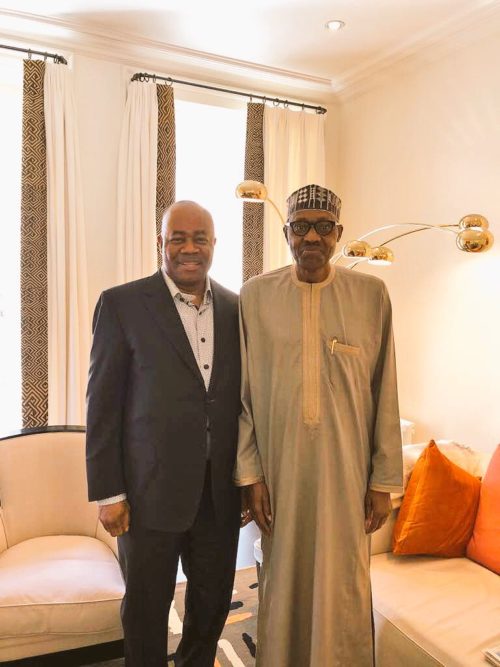 The IYC in a statement signed in Port Harcourt by its President, Peter Timothy Igbifa, said sacking Akpabio would pave the way for the inauguration of the board of the Niger Delta Development Commission (NDDC) following the submission of the forensic audit report.

Igbifa said Akpabio deliberately  mismanaged the audit process deploying delay tactics, selfish politics and wicked maneuvering to maintain his stranglehold on NDDC against the collective interest of the region.

Igbifa noted that Akpabio was not ready to relinquish the NDDC to serve the collective interest of the region but was determined to keep the commission under his whims and caprices.

The IYC boss said Akpabio had worked out his plans to retain the control of NDDC and keep the commission running under a sole administration, adding that the only way to give the NDDC the desired board was to sack the minister.

Igbifa appealed to the Presidency to approach with caution some of the recommendations said to be contained in the forensic audit report submitted by Akpabio.

He said: “We were told that Akpabio ensured that selfish recommendations were smuggled into the report. If these recommendations are implemented, they will deny states adequate representation on the board and give Akpabio more time to continue running the NDDC with a sole administrator.

“For instance, we learnt that there are recommendations for a part-time board and reduction in the number of the board members. These suggestions are not feasible because they are designed to extend the sole administrative regime in NDDC. They require amendments of the Act establishing the NDDC and this will take at least six months to achieve.

“Besides, how can you think of reducing the board members. Which state are you going to exclude from the board? Or do you think IOCs should not be part of the board? These are obviously selfish recommendations and we are calling on the Presidency to be careful to avoid promoting one man’s selfish tendencies ahead of the collective interest and development of the Niger Delta.

“We are calling on the President to sack Akpabio for all the embarrassment he has caused for the Presidency in his insatiable appetite to maintain his stranglehold on the NDDC. Since he has submitted the report, it is time for him to go home and allow the NDDC have a fresh breath. His continuous stay in office is an obstacle to President Buhari’s desire to inaugurate the board of the commission”.

Igbifa further asked President Buhari to empanel an inquiry into what transpired in NDDC within the period of the audit especially how funds meant for the commission were used.

The IYC boss commended Buhari for his determination to prosecute persons and contractors behind litany of abandoned projects despite collecting monies meant for them.

He said: “We, however, appeal to the President to first publish the names of persons and companies behind this collective rape and destruction of our commonwealth.

“We want their names to be made public. We are challenging the Presidency not to allow this to slide and end up as one of the empty threats consumed by lack of political will”.