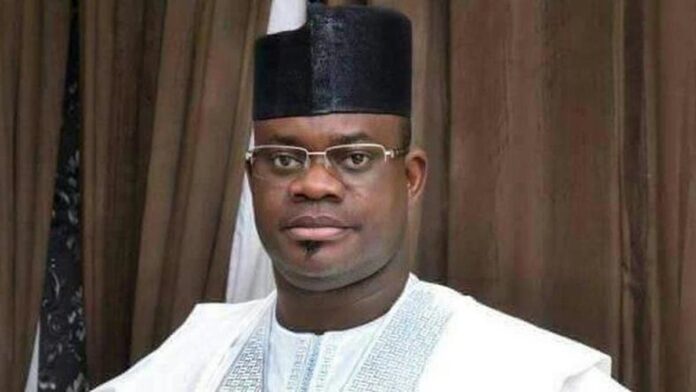 The Convener, Got Your Back Nigeria, Prof Chris Mustapha Nwaokobia Jnr, has called on Nigerians to rise above sentiment and critically view what Governor Yahaya Bello is doing in Kogi State for better assessment of his performance.

Prof Chris, in a press statement, said that Bello is transforming the state with the people solidly behind him.

The statement explained, “Have you wondered why lately there is uncanny desperation to de-robe Kogi State of her deserving feat as the safest state in the North and the second safest state in the whole of Nigeria? It is about the politics of 2023. It is about the wickedness of selfish politicians and the ungodly quest for power, by all means, devious, foul, impish, and impious. But do not despair just yet because the Security agencies in Kogi are compiling the names of the agent provocateurs and their sponsors, and shall as always bring them to book.”

According to the statement, Bello has kept that promise several times, saying that regarding the contrived jailbreak a few days ago, almost all the fleeing convicts are back in custody.

It also added that if they are not lying about salaries that have since been cleared, they are sponsoring mendacity in the media about corruption and monies allegedly fixed in Banks, tales most unfounded and demonic, assuring that their lies would not work as the governor is doing his best to put the state in sound footing for future development.

He lamented that against Kogi State and Governor Yahaya Bello is a growing hoard of soulless lie mongering, rumour churning, falsehood growing, deceit cultivating, blackmail dishing, and tale feasting political hirelings, stressing that their brief is satanic and wicked.

Prof. Chris explained that the truth is that Kogi State, under the watch of the 46-year-old technocrat in Lugard House, is the safest state in the North and the second safest state in Nigeria, and adjudged so by all available Security Index locally and internationally.

The statement observed that Kogi State tops the chart in the servicing and cutting down of local debts, adding that the governor has clearly excelled in the management of the state resources while effectively running the state, that it has been able to service and also reduce the local debts of the state.

The Sun Nominates Bello as Governor of the Year