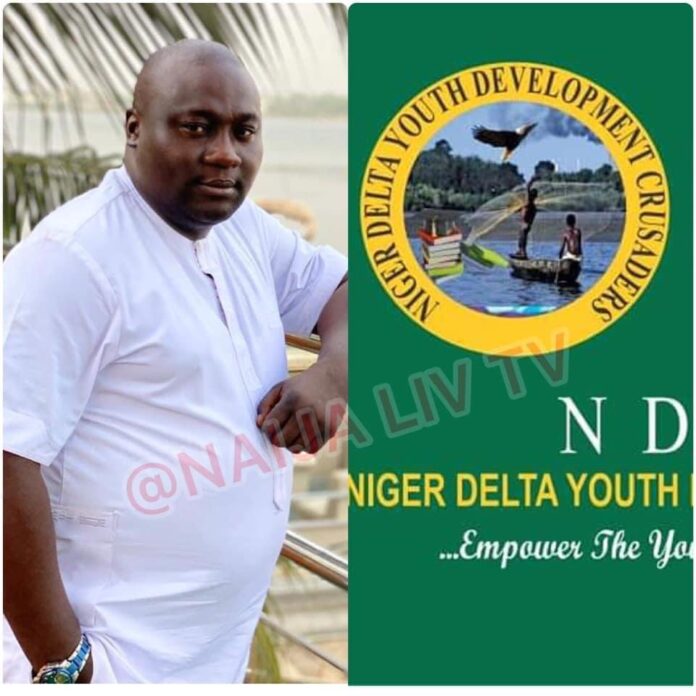 Youths and social media influencers in Bayelsa State, have dismissed the need for the development of the State and continued to lock horns on the cyber space over unnecessary party sentiments which they have now channelled their time and energies into.

Comrade Ani John who is popularly known as the Abala 1 of Niger Delta, said it is sad to know that, youths and social media influencers in Bayelsa State, who ought to be agents of development, by using the social media platforms to play the role of surveillance in the society and stimulate growth and development in the State, are the ones you see exhausting their seemingly excessive energies in social media warfare; tongue lashing one another’s political party over issues that has no connection with the development of our dear State.

He said, this sad development which has not only downplayed the need for good governance and the development our State, but also erected giant wedges of discord amongst our youths, who now see their own brothers in other political parties as enemies, will make Bayelsa the most underdevelop State in the country with her youths filled with bitterness and hatred for one another, if not nipped in the board.

The National Leader of the group, however used the medium to call on youths and social media influencers in Bayelsa to throw away party sentiments and see themselves as agents of development, by using the social media to call on the attention of our leaders to the urgent need to develop our State.

On his part, the National Director of Operations and Mobilisation of the group, Comrade Oki Tony, who spoke in line with his National Leader, said the increasing concentration of Bayelsan youths on party politics which has sunk them in deep sentiments, is one key factor that has made all those whom have govern Bayelsa State to be reluctant in developing the the State.

Oki Tony who expressed disappointment on how the social media which ought to be used to set a development agenda for the State and put Governors on their toes, is rather being used to distract them from their campaign promises by engaging their minds in inter and intra party rancours.

Oki Tony said the bad news is that, thesame youths who have refused to clamour for the development of Bayelsa State, but rather resorted to praise singing Governors, LGA Chairmen, State and National Assembly Members and other National Leaders of the State who have not performed in any way, are thesame people that will soon tell the ordeals of the State in the hands of these unproductive leaders they eulogize today.