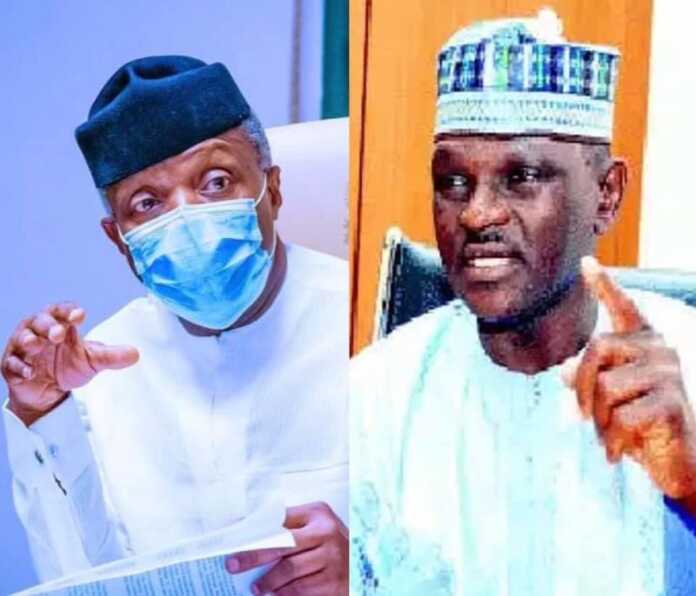 A political group known as Network For Good Governance (NGG) has called on Nigerians to queue behind Vice President Yemi Osinbajo and Major Hamza Al-Mustapha (rtd) come 2023 to salvage Nigeria’s economy and create jobs for the teeming youths.

In a statement issued by the international director of NGG, Dr Philemon Ibrahim Gora, he said the group took the decision after a meeting in Kaduna over the weekend.

He said the duo of Vice President Yemi Osinbajo and former chief security officer (CSO) to late head of state Major Hamza Al-Mustapha (rtd) have what it takes to turn the country’s economy around and create jobs for the teeming youths.

Gora said the group was backing Osinbajo for president in 2023 and was also calling on others to queue behind the VP.

He said, “Osinbajo and Al-Mustapha are vastly knowledgeable in the economy and security intelligence of rebuilding a better and United Nigeria.

As far as the APC is concerned, they will need to redraw the electoral map ahead of 2023.

to account for Buhari’s absence in governance and only someone that is an insider can help to rebuild the hopes of Nigerians.

“The vice president has the experience and mature disposition required to govern a multi-ethnic society like Nigeria. Osinbajo is an upright man who stands on the pillar of truth and social justice, who will bring the country out of its present socio-economic problems when he finally becomes the President of Nigeria.”

According to Gora, “The group has realised that youths and women in the country are vital to ensuring Osinbajo and Al-Mustapha ticket, hence, the need to reach out to them.”

He said, “The 2019 gubernatorial results showed that states like Bauchi and Sokoto which voted for Buhari at presidential level did not support APC in the gubernatorial races. Buhari’s supposed northern appeal has always inferred a guarantee of votes from the heavily populated region, so whom do these votes go to in 2023?

4billion Giving To Osinbajo: Magu Finally Reveals Truth About It