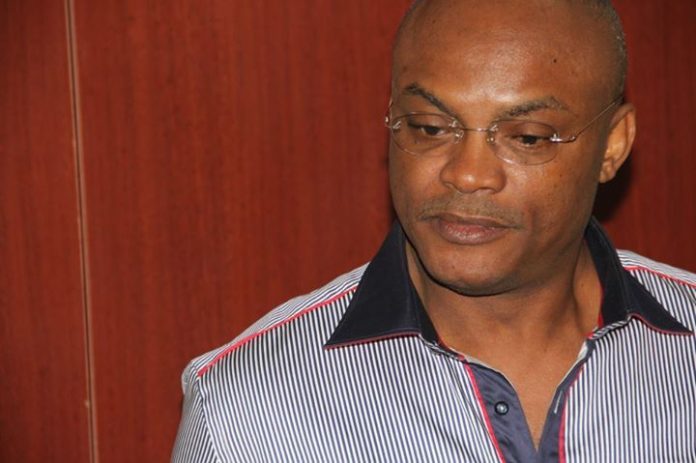 Tragedy struck as a former Governorship aspirant of Accord Party in Akwa Ibom State Mr. Okon Iyanam was shot dead.

Iyanam who had left Globacom as a senior executive was shot dead at his recently opened hotel in Mowe Area of Ogun State.

“Okon papa had just recently opened his new Heritage Hotels and Resorts in Mowe, Ogun State where he spent most of his time trying to stabilise the management and sales techniques. While a birthday party was going on in the hotel, some men, suspected to be either armed robbers or hired assassins crashed into the place at about 12.30 a.m. with sporadic gun shots.”

“They asked for the owner. When he was eventually identified, he was shot at close range in the neck region. He stood no chance. He died instantly.

“The Police first Responders then deposited his body in a Morgue.

“I rushed to Lagos upon the information delivered to me and confirmed for myself, the level of wickedness anybody could deliver to a man whose only crime was working hard for his livelihood,” the brother said.

Iyanam had attempted to secure the ticket of the Accord Party in 2015 but failed after which he returned to nursing his private business.

His elder brother and a former commissioner in Akwa Ibom Victor Iyanam, confirmed the incident in a statement he issued yesterday.

He wrote, “It is with a heavy heart that I announce the tragic death of my brother, Okon, in the early hours of Wednesday, 27th June, 2018.

Late Mr Iyanam contested for the governorship ticket of the Accord Party for the 2015 election in Akwa Ibom.

Before his venture into politics, he had served as an executive director in Mike Adenuga’s Globacom Nig Ltd, Lagos.

After his failed attempt at politics, late Mr Iyanam was said to have spent more time growing his private businesses in Lagos, Ogun, and other parts of the country. The hotel where he was reportedly killed is said to have been built a few months ago by him.