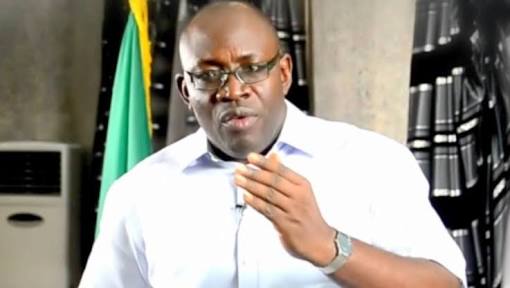 #NaijaLiveTv
When the various verification exercises commenced in the Bayelsa State Civil Service which culminated in the ongoing reforms from May, 2012 to date, there were mixed feelings and anxiety that pervaded the atmosphere. While some of the concerns were genuine; others were born out of mischief, outright lies and false hysteria. As in most climes, especially in developing societies, reforms are usually greeted with trepidation. This is as a result of the culture of seeing government’s enterprises, organizations and structure as a no man’s business.

The history of the Bayelsa State Civil Service is replete with tales of unethical practices and fraud perpetrated by Senior Civil Servants, technocrats and bureaucratic personalities in collaboration with some political bigwigs in fragrant disobedience to laid down rules and regulations governing the Civil Service and other laws of the State. The rot in the Civil Service had reached an alarming proportion that required something urgent to be done. Successive administrations in the state glossed over the problem but it kept rearing its ugly head. For a public service sector that requires an efficient public service delivery the reorganization and restructuring is vital for the effective implementation of government policies and programmes.

It is a known fact that the malady confronting the public service sector is human induced. Most of the challenges being faced by the Civil Service were orchestrated by Bayelsans. The issues ranging from payroll fraud, over bloated wage bill, ghost workers syndrome, age falsification, underage employment, wards and children replacing aged and death parents, unwillingness to retire after staying above the Civil Service prescribed age of 60 years and so forth, further exposed the public service sector to odium and ridicule. An unfortunate perception about the Civil Service in the state is that, it is largely a receptive ground for unproductive minds and also an avenue for some senior public servants to fraudulently pad payrolls and manipulate the financial records for personal aggrandizement and self-enrichment. These Senior Civil Servants are reputed to own Mansions, choice properties in the state and elsewhere. They are also known to have luxurious hotels and their children school in some of the best institutions all over the world.

To these Bayelsans the ongoing reforms is akin to a death sentence being passed on them. They are so used to their old and unmeritorious ways of doing things that the reforms has disrupted their insatiable quest to corruptly and primitive accumulate ill-gotten wealth from our common treasure to themselves and generation yet unborn. It is a common knowledge that these set of people were responsible for the unfavorable publicity that the ongoing reforms had; prior to the just concluded Town Hall meetings that was organized by the Bayelsa State Government, which was anchored by the Hon. Commissioner for Information and Orientation, Hon. Daniel Iworiso Markson, across the Eight Local Government Areas of the State.

The accolades that greeted the Town Hall meetings in each of the LGAs were unprecedented in the annals of the state. The heart pouring, buy-in, over whelming support and solidarity would remain indelible in the minds of all those that participated. What stood out was the calm, dignified and responsible manner the Hon. Commissioner for Information and Orientation responded to all the questions and issues that were raised in each of the venue of the meeting.

What was clear from the outcome of the Town Hall meetings was that the state government means well for Bayelsans. The government of Hon. Seriake Dickson, the Contri-man governor wants to leave behind a Civil Service that is result oriented, with a productive work force that is filled with young, energetic and brilliant minds; geared towards meeting the yearnings and aspirations of Bayelsans. A politician that thinks of today would not venture into what the governor of Bayelsa State had decided to do. It is only statesmen that thinks of tomorrow would embark on this kind of arduous task.

Reforms globally are tasking and painful. It also leads to lay off, retrenchment and downsizing but in the case of Bayelsa the governor has made it clear that he is not interested in sacking any staff in the State or Local Government Public Service Sector. But all those in the Public Service with questionable credentials, poor attitude to work and other vices in contravention of the Civil Service rules may be paving their exit route from the State Civil Service.

As a measure of depopulating the labour market and to take some of the youths off the streets. The State Government should endeavour to create an enabling environment for the industrialization of the state. The ongoing Civil Service reforms would not be complete without the state government laying a solid foundation for the spirit of entrepreneurship to strive in the state. The accolades that the government received and the acceptability it garnered by the just concluded Town Hall meetings should not be frittered away. The financial resources that would be saved from the exercise should be channeled towards completing all ongoing developmental projects in the state. Civil Servants with genuine complains and grievances should be speedily attended to.

The Bayelsa Comrade Family, being a responsible and prominent member of the Civil Society Community in the State would continue to support the restoration government in its quest to leave behind a lasting legacy for a sustainable future for all Bayelsans.