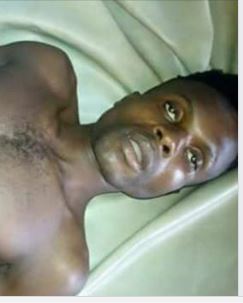 A young man has reportedly lost his life after he was shot by his friend while testing his “Odeshi” charm prepared by a native doctor in Imo State.

According to a Facebook user, Hon Chidi Onyeji Zanders who shared the sad story and photo, he said the incident took place at Umuozu Ugiri in Isiala Mbano, on Saturday. 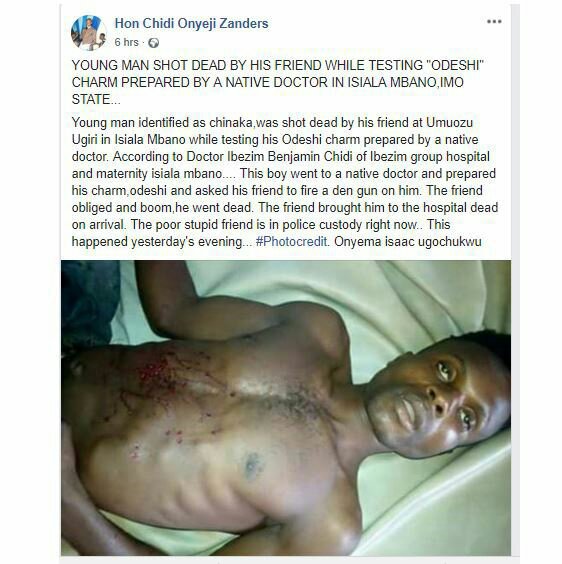 Hon Chidi said Doctors at Ibezim Group Hospital and Maternity in Isiala Mbano confirmed that the victim, identified as Chinaka went to a native doctor who prepared him an Odeshi charm. While testing the charm, he asked his friend to shoot at him, and as the friend did, he died on the spot.

The victim was taken to the hospital by the said friend but was confirmed dead on arrival. The unlucky friend is currently in police custody at the moment. (LIB)