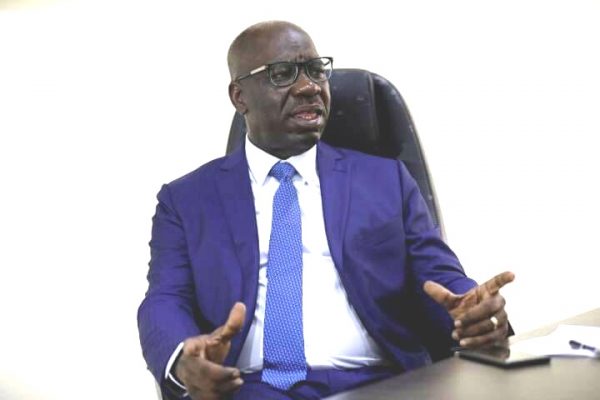 The Edo State Governor, Godwin Obaseki, on Friday released a list of nominees for the post of commissioners in the State Executive Council.

This decision is coming close to a year after Obaseki and his deputy, Philip Shaibu, were inaugurated for a second term into office on November 12, 2020, following their victory in the September 19 governorship election under the platform of the Peoples Democratic Party (PDP).

The governor had re-appointed Osarodion Ogie as the Secretary to the State Government after his inauguration with no other appointment since then.

This led to criticism from the opposition All Progressives Congress (APC) in Edo State who accused Obaseki of presiding over the affairs of the state like a sole administrator.

“There are some policies and actions of a state that legally and constitutionally should not be undertaken without the approval of the State Executive Council. As we speak, some of those actions are being taken solely by Godwin Obaseki as a sole administrator. He has not displayed the tendencies of a democratically elected governor,” Chris Azebanmwan, the Edo APC spokesman said.

Nonetheless, the Governor released the list on Friday with the following nominees: