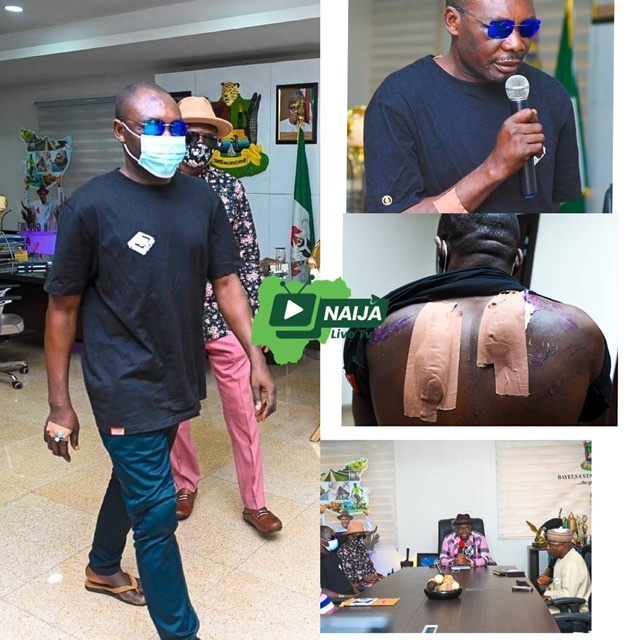 His Excellency, Senator Douye Diri in company of the Deputy Governor, Senator Lawrence Ewhrudjakpo, has received the Commissioner for Industry, Trade and Investment, Mr. Federal Otokito, who was rescued from his abductors by the security in the State.

The Governor who said no ransom was paid made it clear that the State would not be a safe haven for criminals.

To this end, the Governor has announced the dethronement of the Paramount Ruler of Otuokpoti community, in Ogbia Local Government Area, Chief A. C. T. Wongo while the Chairman of the Chiefs Council, Chief Rescue Abe, has been appointed Acting Paramount Ruler.

Also, the Chairman of the Community Development Committee, Mr. Azibalua Amon has been sacked and replaced by Mr. Jerry Offor in Acting Capacity.

Meanwhile, the Commissioner of Police, Bayelsa State, Mr. Ben Okolo, has declared four persons wanted in connection with the kidnap.

Mr. Otokito thanked God for sparing his life from the abductors.