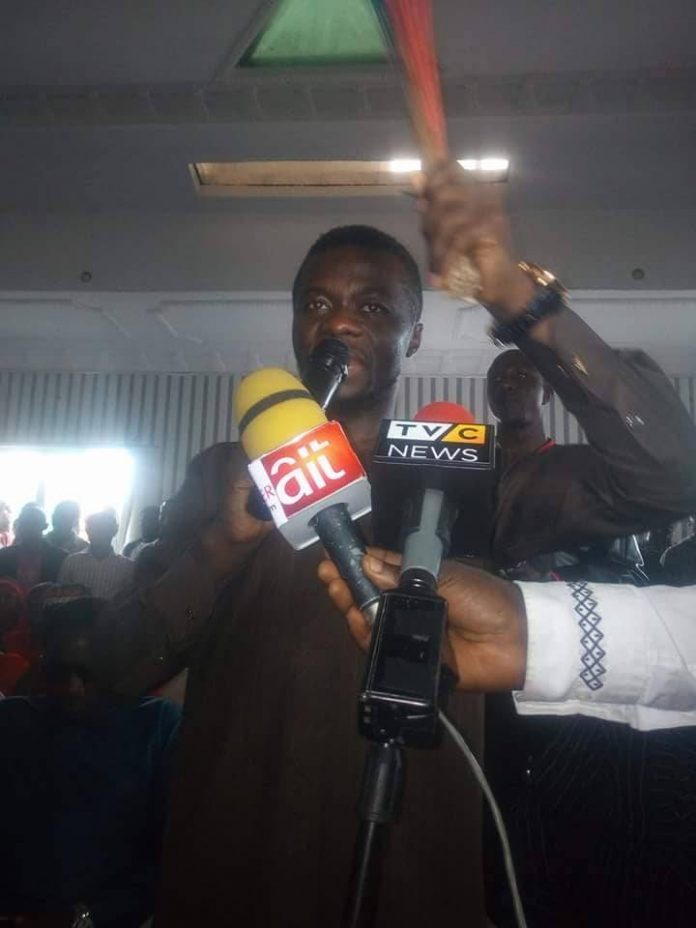 Two aides of the Bayelsa State Governor, Hon. Seriake Dickson, Hon. Ibarakumo Otobo and Hon. Asari Bagite have resigned their appointments as State Commissioner for Youths Development and the Special Adviser on Grassroots mobilization and defected to the All Progressive Congress(APC).

The two Former aides cited issues of domancy and none appreciation of Political worth within the fold of the ruling Peoples Democratic Party (PDP).

The Former Governor and leader of the APC in Bayelsa, Chief Timipre Sylva, while speaking at the State Party Secretariat in Yenagoa during the welcome reception for the two Dickson’s aides, noted that the defection is the begiMing of the end of the ruling PDP in the State.

Sylva, who was represented by the APC member of the State House of Assembly, Hon. Isreal Sunny Goli, congratulated the defectors and their teeming supporters for making the right decision.

According to Sylva, ” this is the best decision you can make. Gov. Dickson claimed to be running a restoration government but he is only restoring poverty in Bayelsa State. It isbtrue that we are ready to take over the creek Haven seat of government House in 2019/2020.”

Also speaking, the State Chairman of the APC, Mr. Jothan Amos, said the decision by the Commissioner and Special Adviser in Governor Dickson administration to resign is not a play thing, ” it is an indication that the APC is taking over Bayelsa. APC at the National level is doing well and we must replicate it at the State. ”

“Our party does not bring hardship to the people, but the PDP brought pain and suffering to the people of Bayelsa. They suffering and not smiling. More political appointees ate coming. The people are crying and we are out to answer them. ”

In his remark, the defected Commissioner for Youth Development, Hon. Barakumo Otobo, said he has resigned his appointment and have joined the APC, “I have the right to choose political party as a citizen of Nigeria. I am not afraid of anything or anybody. I am for APC and bye bye to PDP. I don’t go anywhere that is a failure. I have come to the APC to succeed. ”

For the defected special Adviser on Grassroots Development, Hon. Asari Bangite, since his appointment into the PDP administration in the state, “I don’t a have a work schedule and redundant. If you have car and it needs to be fueled.but in PDP it is not like that. ”