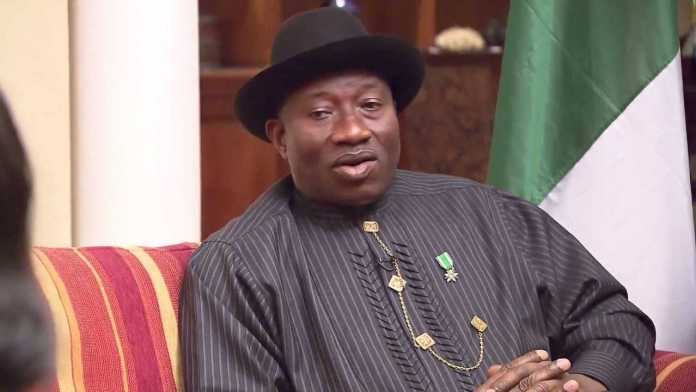 Former President, Goodluck Jonathan, has broken silence on the emergence of the candidate of the All Progressives Congress (APC), Chief David Lyon as the governor of Bayelsa State.

Chief Lyon, won six of the eight local government areas of the state.

Speaking during APC governors visit, the former president congratulated Lyon even as he tasked him to put the welfare and interest of the Bayelsa people above every other issue.

“As a former president of Nigeria, I am a father to all Bayelsans, hence my doors are open to all citizens irrespective of their political affiliations.

“I urge you to make the welfare of Bayelsa people a top priority and carry all of them along irrespective of the party they voted for.

“Elections are over now, so I want you to see yourself as the governor of all and not only to the sections that voted for you. This is the way to move Bayelsa forward,” he stated.

Jonathan also condemned the violence in some parts of the state during the elections, describing it as unfortunate and regrettable, NAN reports.

He said the nation’s democracy would never mature if the violence and irregularities during elections continued.

Exactly Five Yrs ago. How Jonathan was welcomed back home after handing over to President Buhari [PHOTOS]

Jonathan: I have no accounts or property abroad

INSIDE STORY: How Kogi doctors turn back patients with...

AFDB Crisis: We’ve not asked Adesina to step down...