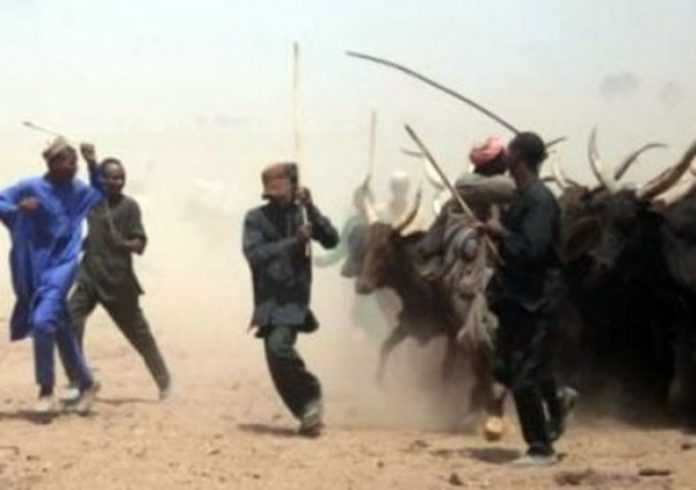 There was panic in Agbala in Owerri North Local Government Area of Imo State on Tuesday after two Fulani herdsmen were stabbed during a quarrel between them.

According to reports, the two herdsmen, who were rushed to the emergency unit of the Federal Medical Center, Owerri owing to the gravity of injuries they sustained, were rescued by villagers.

A community source told our correspondent that the development which occurred on Monday night would have escalated if not that another herder witnessed it.

The source said “This issue would have escalated if not that another Fulani herdsman witnessed it.

“What happened was that a Fulani herdsman had gone into the bush where his kinsman and his cows were staying and stabbed him. While the man was sleeping, he stabbed him mercilessly. He left with his victim’s cows after he thought that he was d**d.

“To his disadvantage, another Fulani herdsman who was in the bush quickly alerted other Fulani herdsmen (nearby). They monitored him until the herdsmen arrived. On their arrival, they first recovered the stolen cows before stabbing him countlessly.”

“It was villagers who alerted the police. The man was rescued and the two rushed to the emergency unit of FMC, Owerri.”

The source said that it would be a miracle if the two survive, as their conditions were said to be critical.

Recall also that anaedoonline.com reported how the founder of Living Faith Church, Bishop David Oyedepo reacted to the killing of a Winners Chapel pastor along Kaduna-Abuja expressway by suspected Fulani Herdsmen.