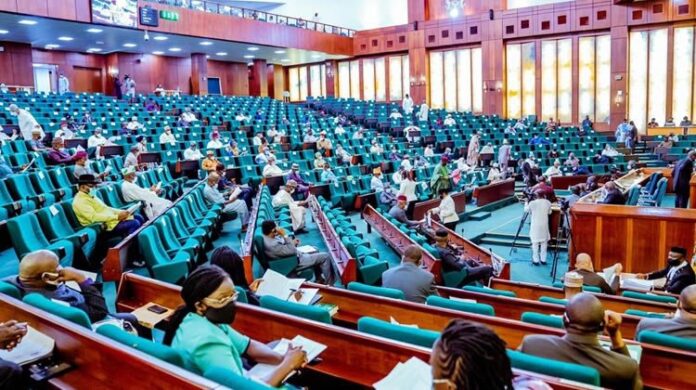 The Nigerian Press Organisation, which comprises the Newspaper Proprietors’ Association of Nigeria, Nigerian Guild of Editors and the Nigerian Union of Journalists, has called on the House of Representatives to step down a bill seeking to amend the Nigerian Press Council Act, noting that it is still a subject of litigation the Supreme Court.

Several media organisations and groups also criticised various clauses in the bill as possibly discouraging freedom of speech and press in the country.

The House Committee on Information, National Orientation, Ethics and Values, which organised the hearing on the bill, however, insisted on going ahead with the exercise.

The committee had organised the hearing on five bills including the ‘Bill for an Act to Amend the Nigerian Press Council Act, CAP N128, Laws of the Federation of Nigeria, 2004, to Remove Bottlenecks Affecting Its Performance and Make the Council in Tune with Current Realities in Regulating the Press and for Related Matters (HB 330).’

At the opening of the event, Chairman of the committee, Olusegun Odebunmi, apologised to the media bodies especially NPAN which had protested on Wednesday over exclusion from the exercise. He noted that an “open invitation” to the event was extended to stakeholders.

“So, I am sorry if there is anybody who thinks we did not invite them. It is not by intention; it was definitely a mistake. Notwithstanding, we have covered everybody through our advert,” he said.

The Editor-in-Chief of Leadership Newspapers, Azubuike Ishiekwene, who represented the NPO, stated that contrary to the claim of an “open invitation” by the committee, the organisation did not receive any notification that would have enabled it to engage the lawmakers and Nigerians robustly on the bill.

Ishiekwene said, “There is a matter and I am sure that as stewards of the people and the law, you are aware that there is a pending matter between the NPO and some parties involved in this legislation. That is why a negotiated conversation seems to us to be a way to deal with it because there is a matter pending before the Supreme Court: between the NPAN and some parties involved in this bill that is being amended. And as stewards of the law, I am sure you are constrained just as I am to make any further conversations on this matter because it is a pending matter before the Supreme Court.

“The last time it came up in 2010 – it is a matter that has actually been pending since 1999 – 17 of the 39 clauses contained in the bill that you are considering were ruled unconstitutional by the court at that time. Of course, the Federal Government appealed the ruling. We won the appeal and the matter is currently before the Supreme Court.

“I will rest my case by appealing to the honourable members of this committee; I crave your indulgence to refer to a conversation that was had on a similar matter in 2018 when this matter came up before the Senate and the pendency of this matter before the court was canvassed. And the Senate – the 8th National Assembly – at that time agreed that the prudent thing to do was to step it down. I urge this House to also consider a similar step.”

Odebunmi, however, argued that the House was doing its constitutional job “and I am very sure (that) no court will restrain us from doing the job.” He noted that while the lawmakers would not stop anybody from going ahead with the judicial process, the lawmakers have the mandate of Nigerians to amend laws.

Also, the International Press Centre, Media Rights Agenda, Centre for Media Law and Advocacy and the Premium Times Centre for Investigative Journalism, a joint memorandum titled ‘For a Truly Independent and Media Freedom Friendly Nigeria Press Council’, called on the National Assembly to expunge all laws intended to criminalise free speech and press.

Arogundade, who read from the memo, said, “First, we like to say that the international behaviour towards media regulation is peer regulation, constitutionally guaranteed freedom of the press, and the expunging from statute all laws that criminalises freedom of expression. This is the line the Committee should tow like Ghana has done and like South Africa has done; and with regards to throwing off defamation statute from the books, the way Sierra Leone has done.

“A consideration is that the amendment seeks an unabashed focus to restrict freedom of expression while masking the toga of something else. It attempts to do what other laws have done like the Cybercrimes Acts which Sections 24 and 38, which in no fewer than ten instances have been used to clampdown on bloggers or journalists for expressing opinion antagonistic to politically or economically powerful elites.

“Bodies like the Amnesty International has documented 50 cases where the law had targeted, not cybercrime suspects, but bloggers and journalists for writing on what they ‘know to be false, for the purpose of causing annoyance, inconvenience danger, obstruction, insult, injury, criminal intimidation, enmity, hatred, ill will or needless anxiety to another.’”

Others are that, “The ethical code that should be operationalised by the council is the Code of Ethics of Journalists in Nigeria as adopted by the Nigerian Press Organisation, comprising the Nigeria Union of Journalists, the Nigerian Guild of Editors and the Newspapers Proprietors Association of Nigeria in Ilorin in 1998 and as may be regularly updated. This has been the practice. A political and non-journalism office like that of the Minister of Information should not be given the power of approval over the code of conduct of journalists.

“The power to determine sanctions relating to hefty fines should be vested in the courts and not the council. The Court of Appeal has clearly established this legal principle in NOSDRA v Mobil Producing Nigeria Unlimited (2018) LPELR-44210 (CA) where it held that ‘the imposition of fines by NOSDRA was contrary to its powers on the basis that penalties or fines are imposed as punishment for an offence or violation of the law and the power as well as competence to establish that an offence has been committed belongs to the courts and not a regulatory agency.’

“The provision relating to revocation of license for alleged publication of fake news should be removed from the Act. Decisions for appropriate sanctions in relation to such offences should be vested in the law courts.”

Press Freedom: Allow us to regulate ourselves – NUJ president to national assembly