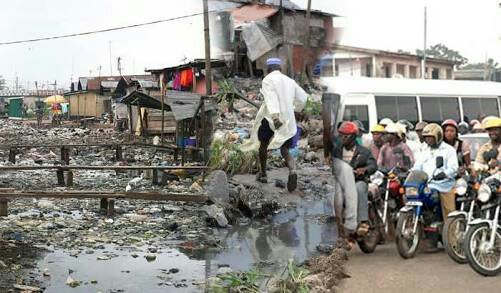 The Minister of Trade and Investments, Okechukwu Enelamah, on Wednesday, said the recent Brookings Report that rated Nigeria as the new global headquarters of poverty was not the true situation of things in the country.

He said the indices used in arriving at the report might have been compiled when the country was in economic recession.

Enelamah said this while answering questions from State House correspondents at the end of the weekly meeting of the Federal Executive Council presided over by President Muhammadu Buhari at the Presidential Villa, Abuja.

The minister said Nigerians need not lose sleep on the report.

He said the present administration had put machinery in place to ensure that poverty disappears from the country.

He said, “Somebody may have written a report when we were in recession.

“Remember that if you are in a recession, what it means is that though your population is growing, people don’t stop procreating, your growth fact, which means that in theory depending on how they run those numbers, you will be going the other way.

“There is absolutely no question that there an urgency to create employment in Nigeria. And it has to be a collective responsibility.

“What I can tell you, with certainty based on one’s background in business and economics, is that if we complete the things on infrastructure and you implement these reports we are doing, that is what I mean by a leading indicator, poverty will go down.

“There is no magic to it. But you have to do it first, you have put in the infrastructure, you have to implement the economic programme which is what will create the opportunities, they don’t drop from the sky. “