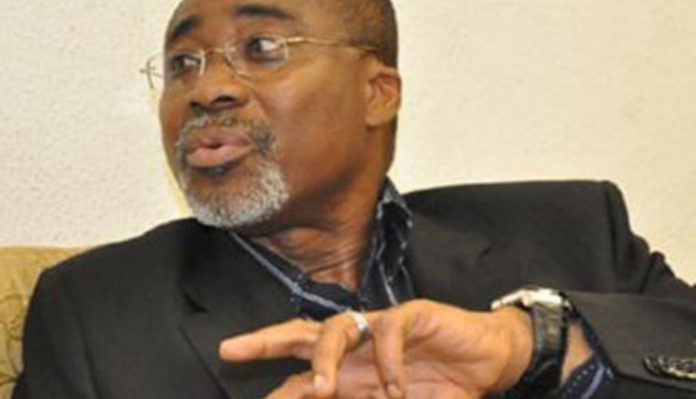 The untold story of what transpired at the premises of the federal high court Abuja yesterday between Sen. Abaribe, his Counsel, the Judge, the crowd and the DSS Operatives. Must read.

Counsel to Abaribe : – My lordship my client was arrested DSS and had been held incommunicado till today.

Justice Nyako : – I did not make any order for his arrest .

Counsel: – He was arrested days ago and brought to this court from DSS custody.

Justice Nyako : – You should know what to do if the man was arrested without court directive.

Counsel: – My Lord the content of the search warrant that they brought to his (Sen Abaribe) house for search relates to this matter (Nnamdi Kanu ) of which is under your court .

Justice Nyako : – DSS is not an extension of this court . I did not make any order for the arrest of the surety and I don’t also know why he was arrested. Those that did so should know why they did as such.

Counsel: – My Lord, my client was to be in court today only for the agents of the state to arrest him and kept him incommunicado for days . My Lord we are talking about a Senator of the Federal Republic of Nigeria.

Justice Nyako : – You know what to do in a situation like this !

Counsel: – Even where he has been incommunicado my Lord?

DSS Personnel: – We did my Lord.

For whatever reasons you arrested him, please allow him access to a lawyer of his choice.

As Senator Abaribe stepped out of the Court room, there were over 50 journalists with various cameras waiting for him to address them.

The moment reporters rushed to interview Senator Abaribe, DSS personnel insisted that he must not talk.

The Crowd of Journalists started shouting: allow him to address the press!!

You can’t stop him from talking to the press !!! Etc .

As tension was building up , DSS men smuggled Senator Abaribe back to the Court to allow tension die down