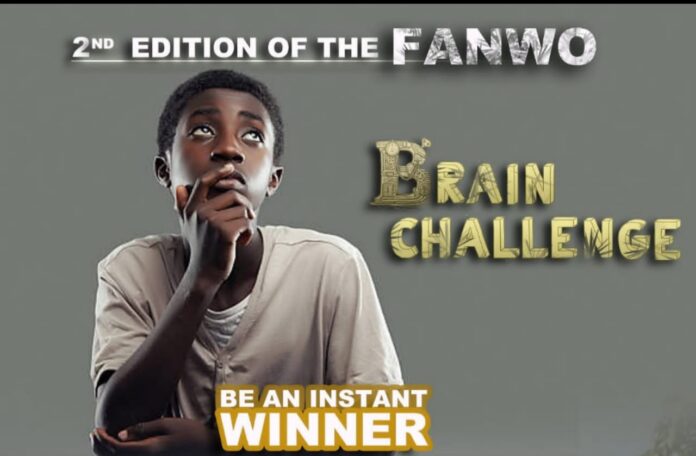 Kogi State Commissioner for Information and Communications, Hon. Kingsley Fanwo has splashed out N680,000 on tertiary institution students who participated in a Brain Challenge to mark his birthday.

The Brain Challenge is an annual event organised by the Commissioner to mark his birthday.

In a terse statement released by Mr Tunde Fanwo, a Trustee of the Foundation, 20 students across the Mopamuro won different amount of money, the highest being 200k to a student who has won the competition twice.
Different winners emerged from the two categories of the competition.

When contacted, the President of the KFF Foundation, Hon. Kingsley Femi Fanwo said the idea was to promote academic excellence among students and the youth in general.

“I am happy that these students have won some cash that would help them in school. This is where we want our students to shine. We want them to shun cultism and other criminal acts.

“This is what Governor Yahaya Bello has taught us to do, all of us in his cabinet, to give back to the grassroots and remain with our people. We have come to fulfil one today”.

One of the winners who won 70,000 naira, Akinola Opeyemi said he will never forget what he has benefited from the program.

“I came first last year and got 100,000 naira. This year, I was pushed to the second position. That shows how competitive this initiative has become. I congratulate all the winners and thank Hon. Fanwo for bringing back the academic glory we were known for in Takete Ide and Mopamuro LGA”, he said.

A political leader, Hon. Dennis Komolafe said Fanwo has always been giving back to the society.

His words: “He is someone who is loved by his people because he can never stop giving back to them. I call him a local man because you can never separate him from his people. They see him as one of them who shares in their pains and joy”, he said.