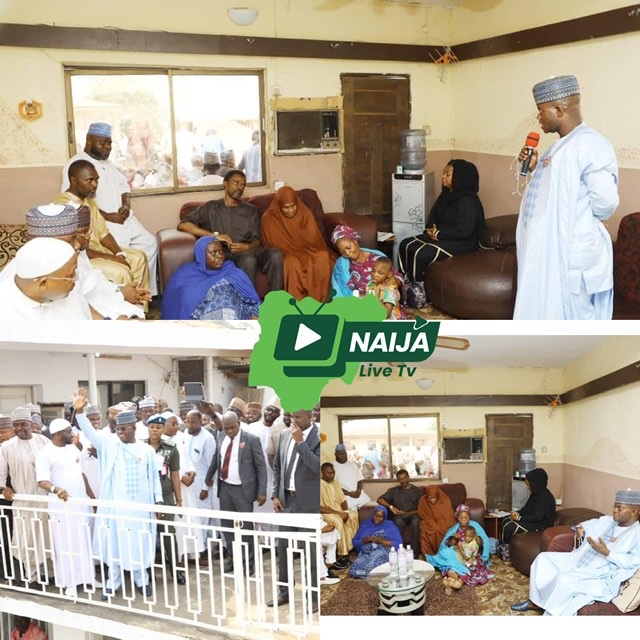 Governor Yahaya Bello has extolled the virtues of the late elder statesman, his Eminence Ahmad Badamasuiy, MFR at his country home, Okene noting that his contributions to the unity, progress and advancement of the Northern Nigeria in particular and the country at large cannot be forgotten.

He noted that his eminence Ahmad Badamasuiy was a man of impeccable character who stood for justice, fairness and equity .

Bello who was accompanied on the visit by the Chief Imam of Government House Mosque and top government officials prayed for the peaceful repose of the soul of the deceased.

In his vote of thanks on behave of the family, Abdulganiyu Badamasuiy, son of the deceased thanked the Governor for finding time out of his busy schedule to pay condolence visit to the family over the death of their father.

Alhaji Ahmad Badamasuiy was conferred with Member of the Federal Republic, MFR for his outstanding contributions to national peace and unity on the 20th of November, 2014 by former President Goodluck Jonathan.

2023: Why Fani-Kayode is not part of my campaign team – Gov Yahaya Bello

Kogi At 30, Gov Bello Salutes the People, says Kogi Is Safest State With 2nd Lowest Crime Rate in the Country