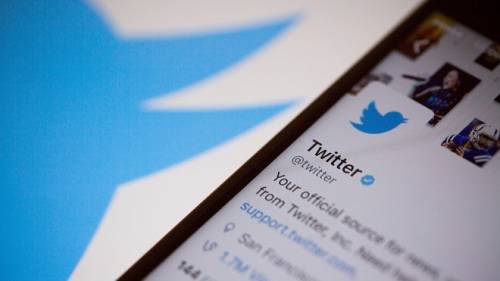 Claim: A photo making the rounds on social media showed a tweet that purportedly originated from the verified handle of Twitter, explaining reasons for the deletion of President Muhammadu Buhari’s tweet and claiming Twitter does not recognise Buhari.

Verdict: Findings show the picture being circulated was created using basic photo manipulation tools, it is false and had not come from @Twitter.

On June 1, 2021, Nigeria’s President, Muhammadu Buhari received a briefing from the Chairman of the Independent National Electoral Commission (INEC), Mahmood Yakubu at the State House in Abuja.

Yakubu had come to brief the president on a series of attacks on facilities of the electoral body across the country.

In reaction, President Buhari said he would provide INEC with all it needs to carry out its duties and prepare ahead of the 2023 elections.

In a Twitter thread after the briefing, the President, however, warned that ‘a rude shock’ awaits unpatriotic elements promoting insurrection and burning of critical assets across the country.

The president threatened to treat insurrectionists and those attacking facilities of INEC like Nigerian soldiers treated the rebels during the civil war.

Buhari, a retired general fought during the war which claimed the lives of over 3 million persons.

The last part of the thread attracted the outrage of many Nigerians who interpreted it to be a threat to a particular ethnic group.

The tweet reads, “Many of those misbehaving today are too young to be aware of the destruction and loss of lives that occurred during the Nigerian Civil War. Those of us in the fields for 30 months, who went through the war, will treat them in the language they understand.”

This action by the social media giant did not go down well with some government officials, especially the Minister of Information and Culture, Lai Mohammed, who condemned Twitter’s action in a press conference.

A photo, which has now gone viral on social media, especially the popular messaging app, WhatsApp featured Twitter’s verified handle explaining the rules President Buhari had contravened which caused the deletion of the tweet.

The tweet which purportedly came from Twitter read, “Dear @MBuhari We have no idea who you are or what country you are leading, we have come across a tweet that violates our rule number 4 of “safety and freedom” and removed it.”

Dubawa, an indigenous independent verification and fact-checking project, started by checking the official handle of Twitter (@Twitter) to see if it posted any tweet such as this, but found nothing of such.

Further checks by Dubawa showed that President Muhammadu Buhari is officially recognised as Nigeria’s President as stated on his bio in the verified handle. As of Sunday, the President’s account is active with 4.1 million followers.

Dubawa further made use of Forensically, a tool for digital image forensics, which confirmed that the picture had been created by some photo manipulation tricks.

Findings showed that the picture being circulated as a tweet from the verified handle of Twitter is false. The picture was manipulated.

The researcher produced this fact-check per the Dubawa 2021 Kwame KariKari Fellowship partnership with SaharaReporters to facilitate the ethos of “truth” in journalism and enhance media literacy in the country.