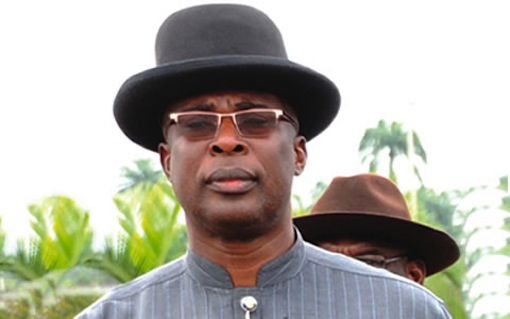 The last may have not been heard about the mega fraud concerning four Oil Mining Leases formerly operated by the Addax Petroleum Nigeria Limited, which are being plotted to be diverted to proxy firms linked to the Minister of State for Petroleum Resources, Timipre Sylva, and President Muhammadu Buhari’s nephew, Mamman Daura.

SaharaReporters learnt that Sylva has set up a kangaroo committee of the Nigerian National Petroleum Corporation headed by Senator Magnus Abe to look into the four leases – OMLs 123, 124, 126 and 137 – which were all operated by Addax Petroleum Development Nigeria Limited but which were being plotted to be given to Kaztec Engineering Limited/Salvic Petroleum Resources Limited.

Kaztec is owned by Emeka Offor – a strong ally and crony of Sylva and Daura also.

SaharaReporters gathered on Monday that the minister of state would receive the Magnus Abe report and thereafter recommend to the Nigerian government to implement the recommendations which would favour Emeka Offor and his firm, and sidestep Addax, the original handlers of the OMLs.

“On May 30, the Federal Government reconstituted the NNPC Board. Emeka Offor nominated Senator Magnus Abe to represent South-South and also he nominated his cousin, Dr Stephen Dike, to represent South-East. He facilitated the appointment through Mamman Daura and also through the Minister of State for Petroleum, Timipre Sylva. He has sufficiently gagged and caged the NNPC and Ministry of Petroleum.

“He has adequately taken care of Mamman Daura. lt is an anathema and highest fraud and corruption of the century that they want to defraud the Nigerian people of $650 million via Kaztec for a contract awarded to Addax, which was never awarded to Kaztec.

On April 6, SaharaReporters exclusively reported that the leases – OMLs 123, 124, 126 and 137 – all operated by Addax Petroleum Development Nigeria Limited – had been taken away and awarded to Kaztec Engineering Limited/Salvic Petroleum Resources Limited.

The decision to hurriedly sell the OMLs had been conveyed in a letter signed by the Director of the Department of Petroleum Resources, the industry’s regulatory agency.

However, on April 23, President Muhammadu Buhari approved the restoration of the leases on four OMLs to the NNPC and its partner – Addax.

In a statement on Friday, Senior Special Assistant to the President on Media and Publicity, Garba Shehu, said the President had directed the DPR to retract the letter of revocation of the leases to Kaztec Engineering Limited/Salvic Petroleum Resources Limited.

A source in the presidency, however, told SaharaReporters that three top people in the oil sector met Buhari and explained how Sylvia and Sarki deceived him.

“In line with the current administration’s commitment to the rule of law, fairness and enabling a stable business climate for investment, President Muhammadu Buhari has approved the restoration of the leases on OMLs 123, 124, 126 and 137 to the Nigeria National Petroleum Corporation, which is in production sharing contract with Addax Petroleum, a company wholly owned by Government of the People’s Republic of China on the blocks. The leases belonging to the Federation were revoked on March 30, 2021,” a statement signed on behalf of the President by Shehu read.