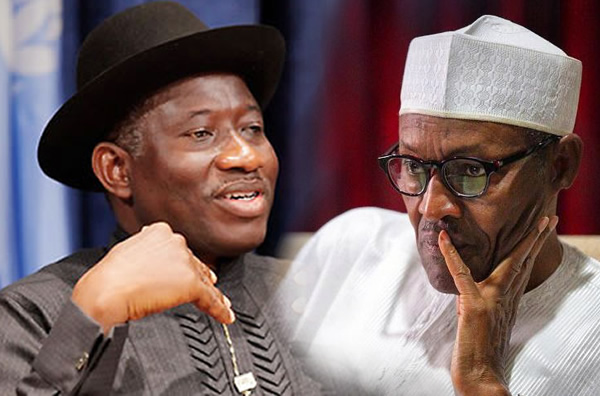 The judgment was given after the country failed to show up in court to defend the matter.

The naira value of the amount came to about N2.7 trillion (at the Central Bank of Nigeria’s rate of N306 to one U.S Dollar).

Just as the judgment was handed down, PREMIUM TIMES became aware that the country would have paid less than 10 per cent of the $8.9 billion award if the Muhammadu Buhari administration had acted in line with the recommendation passed to it by the preceding Goodluck Jonathan regime.

But rather than take the recommended action, the Buhari administration scorned at the settlement agreement its predecessor signed with Process & Industrial Development Limited (P&ID), the engineering firm fighting Nigeria for breach of contract.

Official documents reviewed by PREMIUM TIMES show that a government negotiation team constituted by Mr. Jonathan successfully negotiated an out-of-tribunal settlement with P&ID and got the company to accept an $850 million payment, about 9.6 per cent of the $8.9billion award.

However, the present administration ignored that settlement and rather asked its lawyers to return to the tribunal to further contest the engineering firm’s claims.

The tribunal then ruled against Nigeria, awarding $6.6 billion in favour of the British Virgin Island’s firm.

The refusal to settle the matter for over five years attracted additional $2.3billion in accumulated interest at seven per cent per annum.

The fine followed a dispute over alleged breach of contractual agreement by the Ministry of Petroleum Resources and the Nigerian National Petroleum Corporation (NNPC). 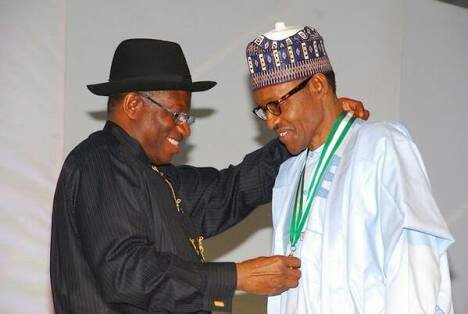 Officials familiar with the matter told this newspaper that the Jonathan government hammered out the $850 million agreement with P&ID a few days to the end of its reign.

It then transferred the responsibility of disbursing funds to the aggrieved company to the then in-coming government of President Muhammadu Buhari.

“President Jonathan reasoned that since his administration was already a few days away from its exit on May 29, 2015, it was proper not to approve the payment of $850 million to avoid unnecessary suspicion,” one official said, asking not to be named because of the sensitivity of the matter. 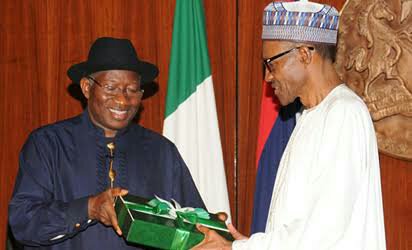 At a point during the tribunal hearing, counsel to the Nigerian government, Supo Shasore, a Senior Advocate of Nigeria (SAN), gave a legal opinion that government’s defence for failure to discharge its obligation under the contract was “feeble and unsustainable.”

On August 11, 2014, the then Attorney-General and Minister of Justice, Mohammed Adoke, advised the administration to take steps to settle the matter out of the tribunal “with a view to significantly reducing the claims against it.”

But Mr. Jonathan asked the team to press for reduction of the settlement amount. The team then achieved a further concession to about $1.1billion to allow for taxes, salaries and other remunerations to P&ID workers if the contract agreement had been executed.

On April 29, 2015, P&ID agreed to the government’s final proposal to pay $850 million to settle the matter once and for all.

Although the government expressed discomfort over the $850 million settlement, wishing it was about $500 million or less, a payment schedule was agreed.

Initial payment of $100 million was to be made immediately after the Deed of Settlement are signed by the two parties.

Subsequent payments were to be in three tranches of $250 million every four months.

The Minister of Petroleum Resources at the time, Diezani Alison-Madueke, who raised the memo for President Jonathan’s approval, said the Nigerian National Petroleum Corporation (NNPC) would be requested to provide funding for the payment.

However, on May 25, 2015 (four days to the end of his term), Mr Jonathan wrote back to the Minister and the group managing director of the NNPC, saying, “I cannot approve at this time. Please bring up for the in-coming government to consider.”

The directive was contained in memo No. PRES/88-3/MPR/813/158/NNPC/7 from the then president to Mrs Alison-Madueke.

The memo was a response to another, dated May 18, 2015, in which the minister sought the president’s approval to ensure immediate settlement of the matter.

Although Mr Jonathan, based on the recommendation of the minister, gave approval for immediate settlement of the matter, he however transferred the disbursement of the money to the then in-coming Buhari administration.

However, on assumption of office five days later on May 30, PREMIUM TIMES learnt that when the matter was brought before President Buhari and Vice President Yemi Osinbajo, they opted for a renegotiation of the entire deal.

Mr Shasore, who was the Nigerian government’s defence counsel, was debriefed. He was replaced by Bolaji Ayorinde, also a SAN, to continue the matter at the London tribunal. Both lawyers declined to comment for this report.

On December 23, 2015, the new government asked the tribunal to set aside the award completely.

But on February 10, 2016, the tribunal dismissed the application following hearings between July 22 and 24, 2016 to determine damages.

The tribunal ruled that the damage suffered by P&ID was the loss of net income it would have received if the Nigerian government had kept its side of the contract.

HOW THE BATTLE STARTED

On January 11, 2010, P&ID signed a gas supply and processing agreement with the Ministry of Petroleum Resources on behalf of the Nigerian government.

Under the terms of agreement, P&ID was to build and operate an Accelerated Gas Development project to be located at Adiabo in Odukpani Local Government Area of Cross River State.

The federal government was to source for natural gas from oil mining leases (OMLs) 123 and 67 operated by Addax Petroleum and supply to P&ID for 20 years to refine into fuel suitable for power generation in the country.

The lean gas to be produced from the wet gas was to belong to the government, while ownership of the residual hydrocarbons would be vested in P&ID as consideration for processing the wet gas to lean gas.

However, P&ID alleged that after signing the agreement, the federal government reneged on its obligation after it opened negotiation with the Cross River State government for allocation of land for the project.

P&ID said the failure to construct the pipeline system to supply the gas frustrated the construction of the gas project, thereby depriving it the potential benefits expected from 20 years’ worth of gas supplies.

The company said several attempts to settle out of court with the federal government failed.

In August 2012, P&ID served the Nigerian government a Request for Arbitration.

The federal government argued before the tribunal that the failure of P&ID to acquire the site and build the gas processing facilities was a fundamental breach, as no gas could be delivered until this was done.

But the tribunal ruled that the Nigerian government’s obligations under Article 6B of the agreement were not conditional upon P&ID constructing the gas processing facilities.

Two members of the three-man tribunal, Lord Hoffmann and Anthony Evans, held that P&ID’s expenditure and income should have been about $6.597 billion if the GSPA was duly performed by government.

Both officials said the award should be paid together with interest at the rate of 7 per cent from March 20, 2013.

The other member, who is Nigeria’s former Attorney-General and Minister of Justice, Bayo Ojo, in his minority ruling said although P&ID was entitled to compensation for the breach, its damages could not have been more than three years from the date of the alleged breach.

Mr Ojo said P&ID should not be paid more than $250 million as damages.

The tribunal said damages were calculated as the present value of 20-year income, minus certain capital and operating costs incurred from building and running the refining facility.

And considering that the award was unpaid since 2013, accumulated uncollected interest at 7 per cent per annum would be about $2.3 billion as of March 2018.

Although the federal government challenged the award, P&ID said Nigeria was bound by a treaty to pay up, having waived its right to immunity as a sovereign nation when it signed the agreement. 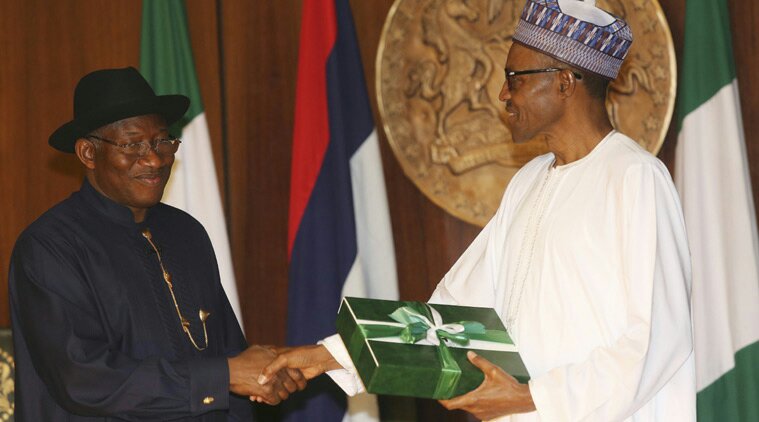 On March 16, 2018, P&ID in its application seeking enforcement of the award said “The final award is governed by such a treaty — the New York Convention. So, Nigeria’s status as a foreign sovereign does not deprive the court of jurisdiction to confirm the award,” the company said.

When contacted for comment on the story, presidential spokesperson, Laolu Akande, said his boss would rather prefer the Attorney-General to talk about the matter.

Asked to confirm if the VP actually directed that the agreement for the payment of $850 million be set aside in 2016, Mr Akande said he should be given some time to get more details. He was yet to get back at the time of publishing this story.

The Minister of Petroleum Resources, Ibe Kachikwu, said the government was doing something about the case. He did not provide further details.

The Minister of Justice, Abubakar Malami, did not answer calls to his telephone when PREMIUM TIMES called to seek his comment for this report. He also did not respond to text and WhatsApp messages sent to him.