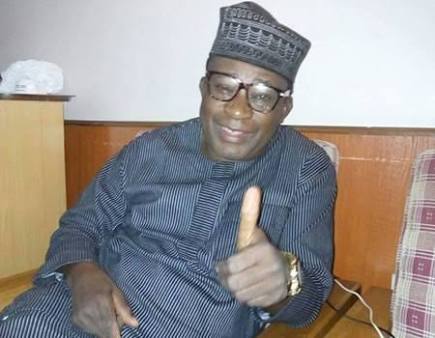 The Peoples Democratic Party (PDP) in Ekiti State has berated the governorship candidate of the All Progressives Congress (APC), Dr. Kayode Fayemi over his reported statement that the only solution to the inability of over 25 States in the country to pay workers salary regularly was for States and Local councils’ workforce to be reduced.

Fayemi reportedly said while presenting his blueprint to officials of the United States Agency for International Development (USAID) in Abuja that “there were too many idle workers, especially in the Local Government system and that no local council in Ekiti State should have more than 200 workers.”

Reacting, the State Publicity Secretary of the PDP, Mr. Jackson Adebayo, said in a statement issued on Sunday, that “it is obvious that Fayemi has not purged himself of this hatred for workers in Ekiti State, especially teachers and local government workers.”

The party said; “It is on record that as governor, Fayemi did refer to thousands of local council workers as idle and consequentlymoved them to the classroom as teachers. He also demoted school principals, vice principals and head teachers to the classroom as teachers and took his hatred for workers in the State to the peak when he brought his cousin from Abuja and appointed his as Solicitor General and Permanent Secretary, Ministry of Justice.”

The PDP assured that its government will never sack workers, calling on workers in the State to be mindful of the manner in which APC governments in States like Kaduna, Edo, Kogi and others have sacked workers in the last one year.

Adebayo said “having sojourned in United Kingdom for a very long time, Fayemi should know that employment are even given for charity and that’s why social security scheme was created to assist those that are not employed.

“Unfortunately, Fayemi, who should know and act in accordance with the norms in the UK where he came from, is the one supporting retrenchment of workers.”

“When over 22,000 teachers and 4,000 local council workers were sacked in Kaduna State, Fayemi was on hand to hail the State Governor, Nasir El-Rufai. He was even the one who introduced the consultant who handled the competency test that led to the sack of the teachers.

“Even at a point, youths from the north under the aegis of Northern Youths Movement (NYM) had to warn him to stop selling the idea of compelling teachers to write competency test to governors in the northern region.

“We wonder what he (Fayemi) stands to gain from his persistent support for the reduction of workforce in the State and it has become necessary for workers in the State to reject him once again on July 14, 2018.”