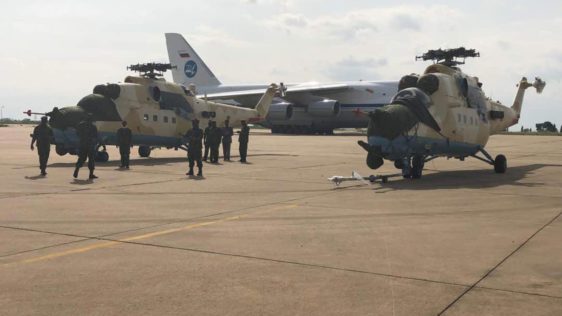 The fighter jets targeted Parisu and Takwala, where terrorists resided.

NAF’s spokesman, Air Vice Marshal Olatokunbo Adesanya, disclosed this yesterday in a statement made available to journalists in Maiduguri.

He said the “multiple air strike operation” followed intelligence report on the presence of terrorists in some locations in the state. He said many terrorists were on Friday successfully neutralised.

“At the end of the mission, it was observed that the attack platforms successfully engaged the remnants of the terrorists hibernating within the settlements and consequently neutralised them.”

Meanwhile, troops of Operation Last Hold in the state said it rid farmlands and the Lake Chad Islands of Improvised Explosive Devices (IEDs).

Chief of Army Staff, Lt. Gen Tukur Buratai, who disclosed this while launching the operation at Gudumbali, the council headquarters of Guzamala, said the action was to fast track the movements of IDPs from camps to communities.

Buratai, who was represented by Chief of Operations and Training, Maj. Gen. David Ahmadu, said: “This operation is to move IDPs from camps to liberated communities to resume their farming and other economic activities in eight councils and the Lake Chad Islands.”

2023: As President Of Nigeria, Terrorists Will Tremble When They Hear My Name – Wike