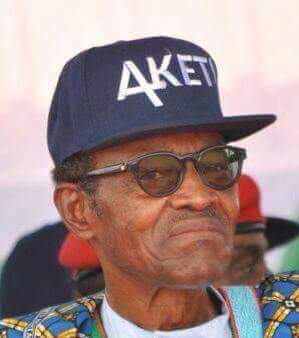 Out of 24 APC governors today, 22 of them were members of the PDP that ruled for 14 years before the formation of APC in 2013 and Now adding another 4 years after taking power in 2015.

As if that is not enough 20 former PDP governors are now in APC and many of them with corruption cases, but PMB’s corruption fight “no reach their side.”

1. Governor Ibikunle Amosun of Ogun State was a PDP Senator.

2. Governor Nasir El-Rufai of Kaduna State served as FCT minister under the PDP.

3. Governor Aminu Masari of Kastina State was a Former House of Representatives speaker under the PDP.

5. Governor Aminu Tambuwal of Sokoto was a Former PDP Speaker of the House of Representatives.

6. Governor Abdulfatah Ahmed of Kwara State was a Commissioner and Governor under PDP.

7. Governor Badaru Abubakar of Jigawa State was in PDP.

8. Governor Simon Lalong of PIateau state was also in PDP.

9. Abdullahi Ganduje of Kano State was in PDP.

10. Governor Samuel Orthom of Benue State was a PDP Minister.

11. Governor Tanko Al-Makura of Nasarawa State was in PDP.

14. Governor Rochas Okorocha of Imo State was in PDP.

Do you also know that:

1. The first and current APC Senate President was in PDP?

2. The first APC Speaker of the House of Representatives was also in PDP?

3. Three out of five former Speakers of the House of Representatives under PDP are now in APC?

3. A former PDP senate president is also in APC?

5. Thousands of current APC legislators at both state and national levels were in PDP?

6. Hundreds of current APC ministers and commissioners today were in PDP?

7. Thousands of other former PDP leaders and members including former ministers, legislators, commissioners, etc are now in APC?

Now who are the PDP members that APC keeps referring to that looted the nation’s treasury for sixteen years?

Anybody who says PDP members looted the nation’s treasury and are therefore corrupt is distorting the facts and therefore a shameless / barefaced liar, innately corrupt, fraudulent, self-centred, deceptive, wicked, broad day robber, oppressive and has no decency and humanity in them.

Are these the kind of people that should rule a nation?