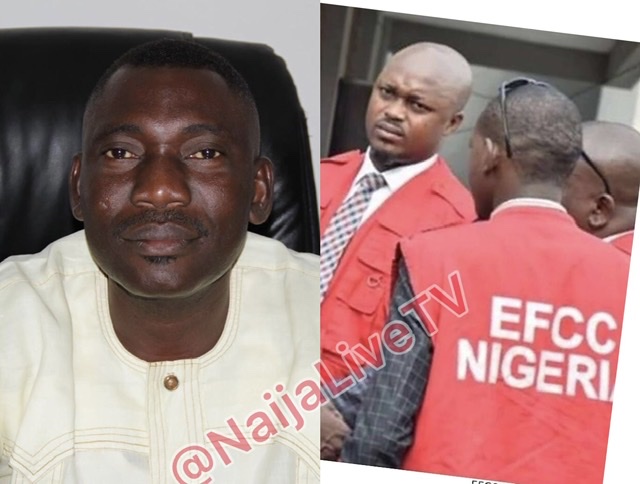 The Economic and Financial Crimes Commission (EFCC) on Friday arraigned Mr Embelakpo Apere and his wife, Beauty, before a Federal High Court sitting in Yenagoa.

The couple was arraignment for money laundering allegedly carried out in 2015. Embelakpo is a former aide on Sustainable Development Goals to the then Gov. Seriake Dickson of Bayelsa. The News Agency of Nigeria (NAN) reports that following the opposition by Defence Counsel, Mr Andrew Arthur, to the arraignment of Embelakpo, the latter’s plea could not taken. However, the wife, who was arraigned alongside him pleaded not guilty to the seven-count charge slammed on her.

Arthur had argued that Embelakpo had been discharged by the court and could not be tried a second time for the same offence.

The Prosecuting Counsel, Mr M.T. Iko, countered the argument, insisting that the accused was not discharged on merit.

The trial Judge, Justice I.H Ndahen, adjourned the case till Oct. 19 for ruling on the arguments of the two counsel. According to the charges, Beauty Apere received various amounts in naira, dollars and pounds sterling between May 2015 and April 27, 2016.

The EFCC alleged that the funds were proceeds of unlawful acts, punishable under the Money Laundering prohibition Act.

The commission also charged her for forgery of medical and birth certificates which purported emanated from the Federal Medical Centre, Yenagoa.

The court granted her bail to the tune of N10 million and two sureties who must have landed property in Yenagoa.

The defendant would be in the custody of the Yenagoa Correctional Service pending when she would meet her bail conditions.

The EFCC urged the court to adjourn to Oct. 19 to enable the commission to produce witnesses to establish its case.