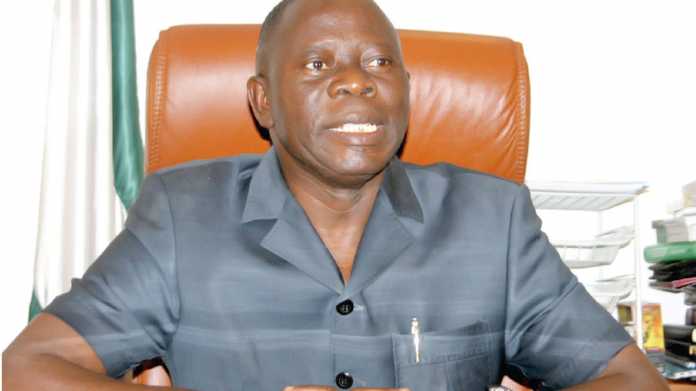 Former National Chairman of the All Progressives Congress APC, Comrade Adams Oshiomhole, has said that Governor Godwin Obaseki does not pose any threat to the APC candidate, Osagie Ize-Iyamu in the forthcoming governorship election.

Addressing the party faithful on Sunday, Oshiomhole said that a Obaseki is not even eligible to contest for the election.

Oshiomhole said that it was a known fact that Ize-Iyamu, the APC candidate, finished from law school, adding that his former classmates have testified to that .

According to the former Governor of Edo State, “Obaseki is not a threat. How can a man who is eligible for election be a threat?

“I was a governor and I did election and won in 2012 and not one life was lost; none was also lost in my time when he (Obaseki) won.

“Obaseki cannot point to new primary and secondary schools he has built in four years.

“Osagie Ize-Iyamu finished from law school; his former classmates have testified to that. We knew about Gov Obaseki’s credentials after PDP took him to court.”