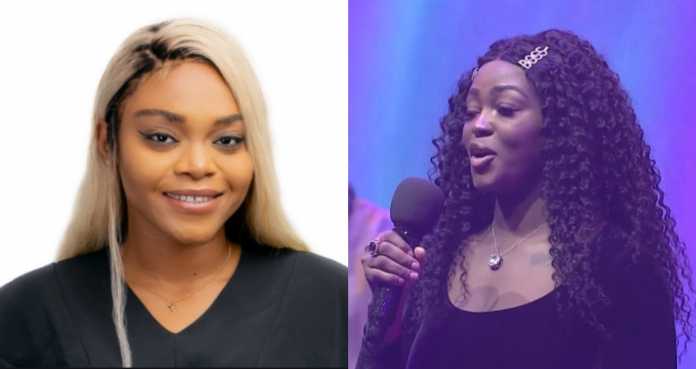 Fans of have expressed divergent reactions over the eviction of Big Brother Naija, BBNaija housemates, Lilo and Ka3na.

Both ‘Lockdown’ housemates were evicted after scoring least votes on Sunday.

The housemates were asked to pick their least two housemates out of Lilo, Eric, Praise and Ka3na who has least fan votes.

At the end of the selection, Lilo and Ka3na got evicted.

Reacting, some Nigerians on their Twitter handles blamed Lilo’s relationship with Eric for her eviction while others criticised the new eviction process.

Here are some comments gathered by this online newspaper from Twitter;

@Zeezish “ Lilo wasn’t smart enough, how would you come into a house of 20 people and then refuse to mingle with them and choose to stay glued to only one person. That was silly.”

@Dehkunle “ Lilo and Ka3na didn’t stay away from the temptation of the flesh, now look at them.”

@Everyburst “ Seeing these votes, ka3na leaving was deserved based on votes, lut Lilo shouldn’t have if Biggie didn’t give power to the housemates. The ladies fell my hands big time in their choice out. Women empowerment and support was found Shaking.”

@VickyShefzy “ Lilo getting evicted is a proof that men are also very dangerous! Eric “the bouncer” was the one that ruined her stay in that house! Eric that doesn’t have anything upstairs except muscles.”

@TeshaP “ You see why I don’t like this new style of voting! It’s fu*ked and it’s not fair!!! Lilo took Praise’s spot in eviction and this is so so unfair!She does not deserve this, this new twist no make sense. Praise should have gone!

@RealDreylo “ As far as I’m concerned, the only thing I know Lilo for is her kissing abilities. Imagine being on live TV for a whole week and nobody knows anything about you.”

@Toolzbabe “ Please tell Eric his honeymoon with Lilo has come to an end.”

@Vahnessa “ Ain’t surprised that Lilo was evicted but Katrina’s eviction was shocking!!

@Freeagent “ Lilo killed her game! She buried her game by entangling with that meat head Eric!