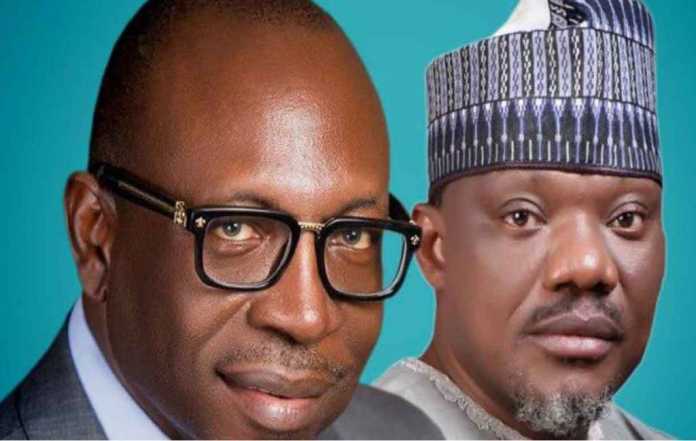 Running mate of the candidate of the All Progressives Congress (APC) in the September 19 governorship election in Edo State, Gani Audu, is embroiled in a certificate forgery case, as documents submitted to the Independent National Electoral Commission (INEC) show discrepancies in his academic qualifications and other means of identification.

The discrepancies appear in a number of documents and show a trail similar to the inconsistencies found in the academic credentials of the sacked deputy governor of Bayelsa State, Biobarakuma Degi-Eremienyo, which caused the APC to lose the state after the Supreme Court ruled that his certificates were defective thereby nullifying the party’s ticket in that state’s recent governorship election.

To compound Audu’s woos, the Action Democratic Party (ADP) has instituted a court case at the Federal High Court, Abuja, seeking the court to disqualify the candidate of the APC as result of the defective certificates of his running mate.

The ADP is asking the court to rule that certificates submitted by Audu are forged and that he was not fit to stand for the September 19 governorship election in Edo.

In the documents, while Gani Audu swore to an affidavit submitted to INEC with his name as Audu Abudu Ganiyu, his other documents bear conflicting names.

A legal expert, Mr Blessed Omonuwa, who assessed the documents, said, “While his name on the affidavit is Audu Abudu Ganiyu, in his voter’s card, his name is Audu Abdul Ganiyu. Likewise, in his APC membership card, his name appears as Gani Audu. The WASSCE/GCE certificate he submitted bears Audu Ahudu Ganeyu.

“His APC membership card bears the name Audu Gani. The discrepancies are bewildering. The action violates section 182 (1) (j) of the Constitution of the Federal Republic of Nigeria, 1999 (As amended).”

“Hence, there is no way we can say that a person with this conflict of names is the same as the Gani Audu we see today on the campaign trail of the candidate of the APC.

“The only explanation one can hazard is that he may have used the academic credentials of another person and tried to pass off as that person. The case is watertight and may well spell the end of the APC campaign trail as they are sure to suffer the same fate as their party’s candidate in Bayelsa, who had similar liabilities in his certificate.”

Latest News SAINT MIENPAMO - September 20, 2020 - 6:17 am 0
The Lagos State Governor, Babajide Sanwo-Olu, has approved the full reopening of worship centres in the state. He announced...