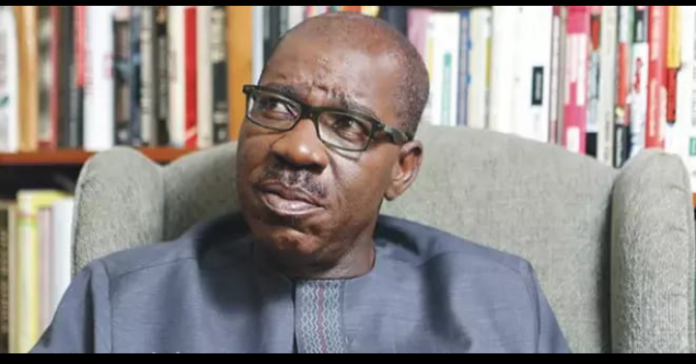 The Governor of Edo State, Godwin Obaseki, has insisted he would never return to the All Progressives Congress (APC).

Obaseki defected from the APC in 2020 to the Peoples Democratic Party (PDP).

His decision came after the party disqualified him from seeking the ticket for re-election.

It was on the platform of the PDP he was eventually re-elected for a second term.

Obaseki, speaking in Abuja on Monday, said: “Nigerians must key into the e-registration exercise of the PDP as the party remains the solution to the myriads of problems confronting our nation today under the APC.

“From all indications, it is clear that the PDP remains the party that provides the appropriate platform, outlook and sense of direction to return our nation to her pride of place in the comity of nations.”

Obaseki also described rumours making the rounds that he intended to return to the APC as laughable.