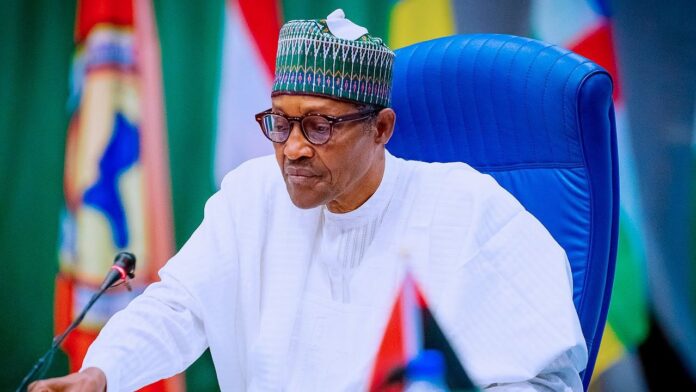 From Monday to Thursday, the House of Representatives Committee on Finance had an interactive session with revenue-generating agencies on the Medium Term Expenditure Framework (MTEF).

President Muhammadu Buhari had forwarded the 2022-2024 MTEF to the National Assembly for approval. However, what is alarming is that the government is proposing a deficit of N5.2trillion, which will be financed through borrowing.

The MTEF is a rolling plan of three years, which contains macroeconomics projections for the three years under review. The MTEF projection is crude oil benchmark price of $57 per barrel for 2022, crude oil production of 1.88 million barrels per day, and a dollar exchange rate of N410.15 to one US dollar.

At the public hearing, the Chairman of the Committee, James Faleke, appeared to be on the quest to search for money to reduce the proposed deficit and cut the borrowing down.

On Thursday, while speaking to the Nigerian Ports Authority (NPA), he warned that the committee will cut any capital projects by any agency to free more revenue for the government.

Most revenue-generating agencies increase their capital expenditure to reduce their operating surplus which they are supposed to remit to the government.

“The major problem we have is revenue. The MTEF we have now is to borrow N5.2trillion. If we discover that any of your capital projects is not necessary, we will push it to revenue,” Faleke had said.

Agencies like the NPA, Nigerian Communications Commission (NCC), and others have been asked to increase their revenue collection, while the Federal Inland Revenue Services (FIRS) Chairman, Mohammed Nami, told the committee that social media companies like Twitter, Facebook and others will be included in the tax bracket and also planned to introduce road tax.

For the ongoing 2021 budget, according to the Minister of Finance, Zainab Ahmed, N5.81trillion has been released so far for the 2021 budget, but N2.02trillion was to service debt.

In the proposed 2022 budget estimate of N13.09trillion expenditure, N3.60trillion will go into debt servicing, while the government will be borrowing another N5.22 trillion.

In July, the National Assembly passed the supplementary budget, however, out of the N982.7billion approved, the government is planning to borrow N802.1 billion from the Nigerian financial market.

The implication is that the government will be borrowing 80% of the said supplementary budget.

As of June 2015 when President Buhari came in, the debt profile of Nigeria, according to the Debt Management Office, was N12.18trillion (Federal, states and FCT)

As of March 31st, the DMO pegged the borrowing at N33.1 trillion. The federal government alone has about N26 trillion of the profile of the entire loan.

This was before the country embarked on the N802.2 billion supplementary budget borrowing.

It would be recalled that in July, the National Assembly approved the borrowing of $6.1 billion loan request by the administration.

Lekan Olaleye, an Economist who spoke with NAIJA LIVE TV, said the problem is not the debt, but the poor revenue generation and expenditure that has been increasing exponentially.

“Borrowing can help to bridge the gap in infrastructure as the government is claiming, of course, that is true. What is the economic viability of the projects? Can they refund the loans? Will future generations partake in the project. The point is, loans are like a future burden, it will be shifted to generation unborn. If you are giving them a liability, are you bequeathing assets?

“If you look at the parameters in the MTEF, the oil benchmark is $57 per barrel. The government cannot control the price of oil, it could crash at any point in time. COVID-19 is on the rise, what happens in case of another lockdown? Will FIRS be able to meet up with its target?”

Despite the alarming rate of the increase in the debt profile, the National Assembly continues to approve the loans request of the government.