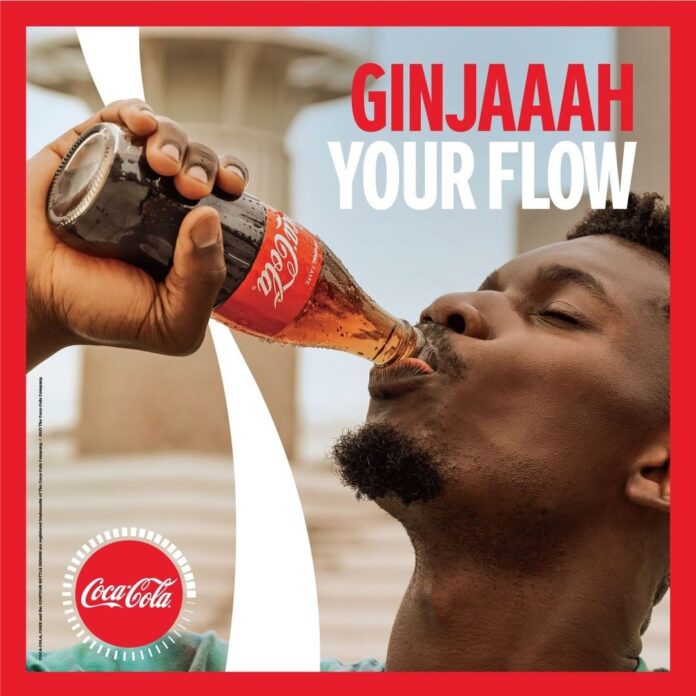 Announced with a 30-second film, “Ginjaaah Your Flow” debuted to warm reception, logging over 395,000 views on Youtube in its first week. Earlier today, the eponymous campaign song was released as a standalone single.

With this song, the beverage giant seeks to portray the infectious energy and buoyant spirit of young Nigerians, and inspires them to remain Ginjaaah’d every day.

On the fresh hot track, Mayorkun excitedly sang, “When I’m looking for my favourite food or chilling on a Saturday, give me one Coke, Coca-Cola – makes you Ginjaaah Your Flow”. According to reports, Coca-Cola needed someone who understood Ginjaaah Your Flow and could connect with teens and young adults in an authentic way.

Self-titled Mayor of Lagos and now Africa, Mayorkun is known for commanding attention through his catchy melodies, and we could feel this same energy in the Ginjaaah Your Flow song.

The campaign and newly launched single are just the first steps of Coca-Cola’s year-long commitment to uplift Nigerians to transform dull daily moments into memorable and uplifting ones, by reaching for an ice-cold Coke.

Listen to the ‘Ginjaaah Your Flow’ song here