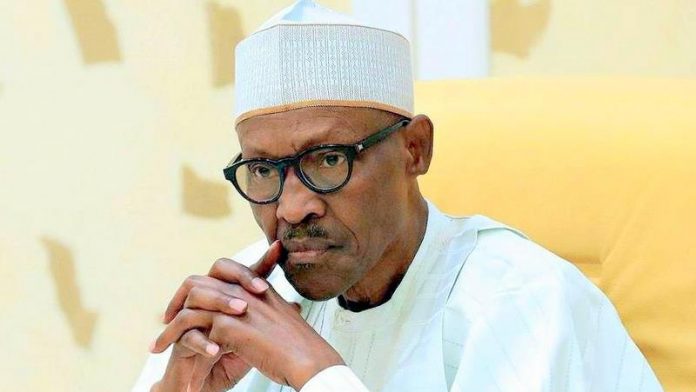 …mull change in tactics against FG

Ijaw Youths from the Nine States of the Niger Delta region have issued a warning to President Muhammadu Buhari and the Minister of State for Petroleum Resources, Chief Timipre Sylva not to test the resolve of the people of the region in the neglect and exclusion by the present administration in the area of infrastructural development.

According to the Ijaw Youths, despite the fact that the region produces the oil and gas wealth used by the Federal Government to embark on infrastructural development initiatives in the country, the resolve of the ijaw nation on lopsided sharing pattern of the roads to be constructed by the present administration between Northern Nigeria and Southern Nigeria and the exclusion of other vital Federal roads particularly in Bayelsa State is the last straw that will break the Carmel’s back.

The Ijaw Youths under the umbrella of the Ijaw Youths Council, Worldwide through its National Spokesman, Comrade Ebilade Ekerefe, said despite the years of peaceful and intellectual agitations by ijaw youths under the administration of President Buhari, the present administration has continued to rob Peter(Niger Delta) to pay Paul (other regions) suggesting that the region may change tactics in order to confront the Federal Government.

The IYC, in the statement issued at the weekend, also take a swipe at the Minister of State for Petroleum Resources, Chief Timipre Sylva over his purpoted lackluster posture which led to the exclusion of Federal roads in Bayelsa in the proposed 21 roads to be undertaken by the NNPC covering 1804.6km at a cost of N621.2bn tax liabilities.

According to the IYC statement signed by Comrade Ekerefe,” For us in the IYC , it did not make sense for NNPC to spend N621.2bn tax liabilities on road projects, wondering where the money would come from. Is it not from the coastal states, creeks and oil wells of the Niger Delta? What are the benefits of oil exploration, if the Niger Delta people are alienated from the benefits of the wealth generated from our backyard?”

“ A mere 52.2 kilometre of rehabilitation and dualisation was allocated to Cross Rivers and Akwa Ibom states out of the six states of the Niger Delta. If the National Assembly and the Nigerian Nation must know, “President Muhammadu Buhari is robbing Peter to pay Paul” If Niger Delta people decides to severe the wealth supply, no one should blame us. We will no longer consult or give ultimatum, but shock the Nigerian Nation for the bracing injustice and marginalization meted on our people. We have been patient enough!!”.

The IYC also expressed the doubt over the promises made by the Federal Government on the Brass Fertilizer company, the Brass LNG and the modular refinery, insisting that it may be a fluke if such important Nembe-Brass road project is not included in the proposed projects to be undertaken by the NNPC where the Honorable Minister of State Petroleum oversees.”

“It is evident that Bayelsa state, and other states of the region are no longer an area of interest to the President Buhari administration. And we wonder what the Federal Ministers from the region, especially Chief Timipre Sylva still doing in the cabinet of President Buhari who does not mean well for his region. Or Is Sylva and others claiming not to be aware that they have been incapacitated to make input in the numbers of roads to be constructed by the NNPC?”

“It must be pointed out that when the IYC called for a town hall meeting with the Minister of State, Chief Timipre Sylva over the Petroleum Industry Act (PIA), it was not only to listen to rhetoric on the Act but to deliberate on the possible ways the youths will work with cabinet ministers from the region to get results under the President Buhari administration. But now, we have discovered that the Ministers from the region and the entire administration are irredeemable. We therefore call on President Buhari to direct NNPC to revisit this injustice and review the approved roads to adequately include substantial federal roads in the Niger Delta that are begging for urgent attention.”

“Again, if they like, let them pay deaf ears as the government has always done, but let it be on record, that we’ve warned and nobody should blame us if the youths of the region speak in a language that the federal government will understand. While we have studied the body language of President Muhammadu Buhari and his Federal Ministers on these issues, we have discovered that it is a deliberate act to provoke unimaginable action from the people of the Niger Delta. We have also discovered that our continued decision to sustain the peace in the region and engage in non-violence confrontation despite the spate of provocation and continued failure of the Federal Government to respond positively to issues concerning the Niger Delta region, have been taken for granted”.

“We have resolved to shock the Nigerian Government in a manner they will be caught napping if they fail to respect the will of the Niger Delta people. In the quote of Gloria Steinem “The first resistance to social change is to say it’s not necessary.” The Federal Government should stop treating the will of the Niger people with levity. We are no longer shocked by the actions and inactions perpetuated under the administration of President Muhammadu Buhari. For us in the region, President Buhari has become deaf to the cries of the people of the Niger Delta in recent times”.

“If you recall, President Buhari has refused, with open disregard and disrespect to our people, to accept the need to reconstitute the substantive board of the NDDC. He refused to listen to wise counselling on the issue of the review of the Petroleum Industry Act (PIA). He refused to listen when we cried out over the selected and tribal cleansing of prominent Niger Delta sons and daughters from the boards and parastatals under his administration. Again, Buhari that is known by the Niger Delta people to be ‘clannish’ in his attitude to the region, recently displayed his disdain for us, going by the lopsided sharing pattern of the roads to be constructed between Northern Nigeria and Southern Nigeria. Other vital Federal roads, particularly in Bayelsa State where the Minister of State for Petroleum comes from have been excluded.”

On the recent invasion of Justice Mary Odili Residence by Nigerian Security agents, the IYC joined others to condemn the action,declaring that it is a clear mockery of the country’s democracy and the principle of separation of power,” It must be pointed out that the present administration is turning Nigeria into a banana republic that security operatives would just take the laws into their hands. The raid on Justice Mary Odili’s residence is highly condemnable and should not be glossed over by any responsible government”.

“We call on Governors from the Niger Delta states to mount pressure on the Federal Government to conduct a thorough investigation into the incident and take the needed actions against those culpable. This issue must not be swept under the carpet. Justice Mary and her husband, Dr Peter Odili are respected citizens of this country and have both contributed immensely to its development.”

“IYC will want to put on record that going forward, if anything happen to Justice Mary Odili and any prominent Niger Delta person, the Nigerian Nation will once again feel the weight of the people of the region whose anger is bottled up against the President Muhammadu Buhari government.This has become necessary as Sheik Gumi who is openly canvassing support for terrorists in the North-West in the guise of bandits and his likes have not been harassed nor arrested by security agents”