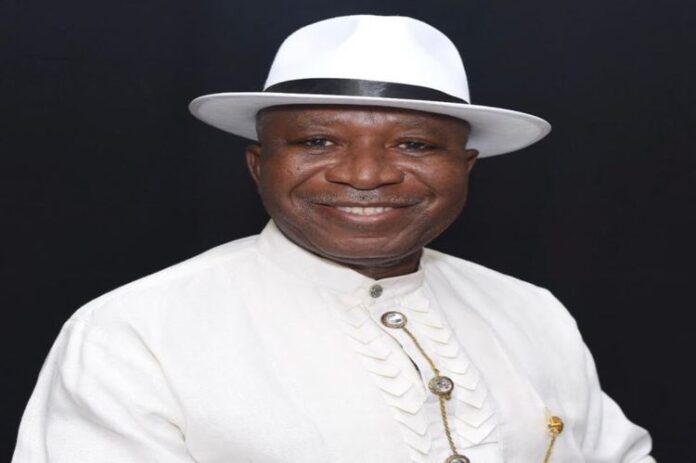 Dikio urged the committee consisting of ex- agitators to ensure effective dissemination of information about the scheme to attract expected development to the region.

Speaking on Wednesday in Port Harcourt, Rivers State, at the second quarterly meeting with members of the committee, Dikio, explained that the absence of a proper channel of commumication in the past led to misinformation.

But he said PAP under him was determined to correct the anomaly through the committee for the benefits of the beneficiaries and all critical stakeholders.

He asked members of the committee to be adequately prepared for the task ahead and to understand the sensitive nature of their assignment.

Dikio further urged them to know the importance of operating within the limits of their mandate and recognizing the hierarchy and chain of command in the dissemination of information emanating from the PAP office.

He noted that any information coming out of his office must be authorized by him and disseminated through the media office duly signed by his Special Adviser on Media, Mr. Neotaobase Egbe.

He said: “It’s important for members of this committee to clearly understand that in PAP we take the dissemination of information very seriously. We are very deliberate about information that we put out in the public space and this is why we have a structured system in place on how information coming out of PAP get to the public.

“You must know that all information going out to the public from PAP are authorized by me through my SA on Media. However, your roles are clearly spelt out in the documents given to you”.

Dikio stressed that members of the committee must cross-check with PAP’s media office before going public with any information.

He said a specialized training on public communication, media relations for members of the committee would be organized to build their capacity and further equip them for the job.

The meeting also examined other issues of critical concern in the region, especially on the need to create a conducive atmosphere for businesses to thrive.

He said for business to thrive and for development to be attracted to the region, the committee must take its task seriously, particularly in the way and manner its members shape the narrative and enhance public perception about the region.

In his remarks, the chairman of the Strategic Communication Committee, Mr. Nature Dumale, and the Spokesman, Mr. Ellington Tam, expressed their excitement over the appointment describing it as a call to duty.

They said one of the major tasks was to make sure that peace was maintained in the Niger Delta region and the communities were effectively carried along in their activities.

Highpoint of the meeting was the presentation of official letters to members of the committee, signaling their appointments and documents clearly spelling out roles and their terms of reference.