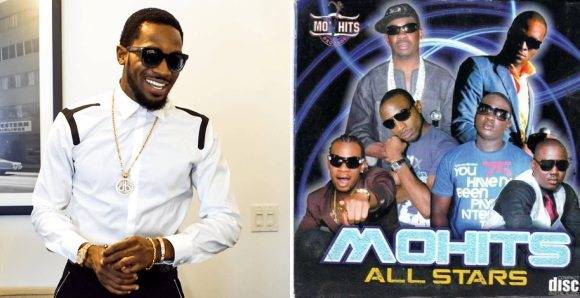 #NaijaLiveTv
D’banj, also known as the Kokomaster, says the Mo’Hits reunion tour will begin after the World Cup.

The ‘Oliver Twist’ singer and super-producer Don Jazzy had both announced the tour in March.

During an interview on Hot 98.3 FM, D’banj was asked about the eagerly awaited tour, and he said: “After the World Cup, I don’t want no distraction. The first date would come out or the first date might even come out during the World Cup.”

Mo’Hits was a record label that was made up of artistes like Don Jazzy, D’banj, Wande Coal, Dr Sid, D’Prince and K-Switch.

Don Jazzy and D’banj were the co-owners of the label which folded up in 2012.

After the split, Don Jazzy went on to set up Mavin Records while Dbanj started DB Records.

The former Mo’Hits stars reunited to perform at Davido’s 30 Billion Concert in December 2017.

During the radio interview, D’banj also said his CREAM Platform has collaborated with Access and Diamond banks and would soon work with GTBank.

CREAM is an acronym for Creative, Reality, Entertainment, Arts and Music.

The platform helps upcoming artistes with the funds to record songs, shoot videos, talent branding, educational scholarships, promotion, among others.

According to D’banj, the platform which was launched in 2016, has over 3.5 million subscribers.