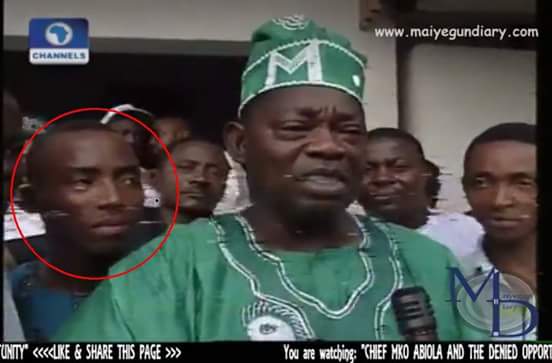 The award of Nigeria’s highest national honour on late Moshood Abiola is illegal, a former Chief Justice of Nigeria has told this to newsmen.

President Muhammadu Buhari on Wednesday evening named Mr Abiola, winner of 1993 presidential election that was annulled by former dictator Ibrahim Babangida, a holder of the Grand Commander of the Federal Republic, GCFR, 20 years after his death in 1998.

Alfa Belgore, CJN from 2006-2007, said the national honours cannot be awarded posthumously, much less the GCFR, which is the highest honour in the land.

“It is not done,” Mr Belgore said. “It is for people living.”

“The only thing they could do is to name a place after him, but national honours award, no,” he added.

Mr Belgore, chairman of the 2016 national honours committee, also said he “was not consulted” by the Buhari administration before the decision was taken.

Mr Belgore said under the 1963 National Honours Act, only soldiers or other servicemen could be awarded posthumous medals for their bravery.

The president also declared that Democracy Day would be celebrated on June 12 to further honour the memory of Mr Abiola.

The move has received mixed feelings, with supporters of the government seeing it as a welcomed move while critics dismissed it as a desperate political calculation ahead of 2019 elections in which Mr Buhari has declared he would run for second term.