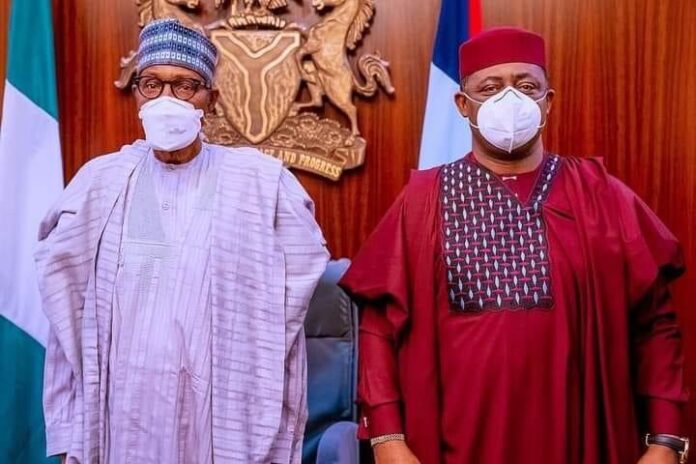 Also plans are underway to have the corruption charges against former aviation minister, Femi Fani-Kayode quashed.

This comes after the defection of the former minister from the Peoples Democratic Party (PDP) to the APC.

“They are working on dropping corruption charges against Fani-Kayode and making him a minister,” a top source told SaharaReporters on Friday.

However, it is not yet clear what ‘juicy’ ministry Fani-Kayode will be given to manage.

Fani-Kayode officially defected on Thursday and was presented to President Buhari by the Chairman, Caretaker Committee of the APC, and governor of Yobe State, Mai Mala Buni at the Presidential Villa, Abuja.

“The point is that I felt that this was the appropriate time to do the right thing, to put Nigeria first and to appreciate the efforts that have been made, particularly in the last couple of years in terms of security, fighting insurgency, fighting terrorism, and most importantly, is the appreciation of the fact that we must remain one as a nation, build bridges, work together to move the country forward.

“It’s very important for us to appreciate the fact that when we see that there are good things that are happening, we appreciate those good things, it’s not always negative and when the time is right, we change direction to join forces and join hands to move the country forward.

“Doing this doesn’t mean we’re enemies to anybody. All of us, even if we’re in another party, the PDP or any other party or any other group, we can still work together across party lines, regional lines, ethnic lines, and religious lines, the most important thing is for us to understand and appreciate the fact that Nigeria must not disintegrate and those that want us to end up fighting one another in a war will be put to shame.

“There are people that think like that and that is what informed me to come here to meet Mr. President, he was very gracious, he was very good to me today, spoke so well and it’s an honour for me to be here and we will move the country forward together.”