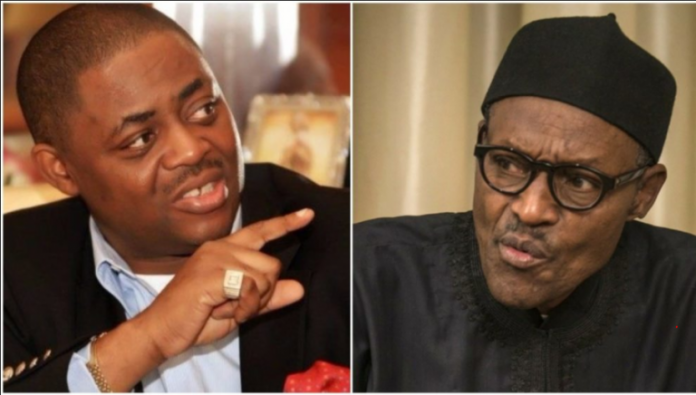 Fani-Kayode to Pres. Buhari: Do not set Nigeria on fire

He also said the government has marked vocal critics as well as opposition leaders for similar treatment.

This was contained in a statement he personally signed on Sunday and sent toThe|NewsGuru.com via mail.

It reads: “I have read the disturbing reports about the Buhari administration’s plan to frame up, arrest and detain President Olusegun Obasanjo on trumped up and politically-motivated charges.

It has also been brought to my attention that they have threatened his life.

Though I am not surprised because this is nothing new for this government. That is their stock in trade and they have been doing it for the last three years to anyone and everyone that opposes or criticises them.

What bothers me now is that President Buhari has become so jittery that he is prepared to do anything to stay in power. I have done my research and I have discovered that the plan is real.

The government are also planning to target other key opposition figures and elder statesman as we get closer to 2019 such as General T.Y. Danjuma, General Ibrahim Babangida, President Goodluck Jonathan and a handful of others.

It appears that Buhari will stop at nothing in order to ensure that all his critics are silenced.

They also plan to give some of us the Nnamdi Kanu treatment and make us dissapear or give us the Sambo Dasuki and El Zak Zaky treatment and lock us up indefinately but they will fail.

Such is Buhari’s desperation that he is even attempting to discredit and destroy key members of his own party like Bukola Saraki, Yakubu Dogara, Dino Melaye, Rabiu Kwankwaso, Abubakar Baraje, Aminu Tambuwal, Abdul Fatah Ahmed, Timi Frank and others.

Nobody is safe anymore, not even legislators, media houses, journalists, bloggers, religious organisations or NGO’s that oppose or criticise the Federal Government.

Nigeria is fast becoming a fascist police state where dissent is seen as a crime and where those that oppose the President are perceived as enemies of the state and prisoners of war.

They forget that we have a divine obligation and patriotic duty to oppose evil and tyranny in the land and nothing will make us shirk that responsibility.

Let it be clearly understood that we will not sit by idly and allow Buhari to continue to threaten, harrass and intimdate all those who oppose him. We are not intimidated and we have no fear. Governments come and go and no matter what he does Buhari will not be there forever.

Taking this matter to a level of threatening the lives and liberty of people like Obasanjo, Danjuma, Babangida, Jonathan and other elder statemen and seeking to destroy key opposition figures for no just cause is dangerous and unacceptable and it will have consequences.

We do not want war in Nigeria: we want peace and the Buhari government should desist from provoking a situation and a series of events that may end up spiralling out of control.

It is almost as if they are begging for war and that is tragic. They may have the full machinery and power of the Federal Government but we have the Living God. Nothing can stop us in our divine mission to stop him and rescue Nigeria.

The truth is that any untoward or irrational course of action will be met with a corresponding and appropiate reaction which may have dire implications for the peace and unity of our nation.

This game must be played within the rules of engagement or else all hell will eventually break lose. Buhari must be warned.

Peace, fair play and justice must be allowed to reign in our nation and those that oppose the President must be treated with the respect, decency and decorum that they deserve.

They are not enemies of the state and prisoners of war but law-abiding and patriotic Nigerians that have no faith in him and that wish to rescue Nigeria from his tyranny. There is no crime in that and they do not deserve to be killed or to be locked up for it.”