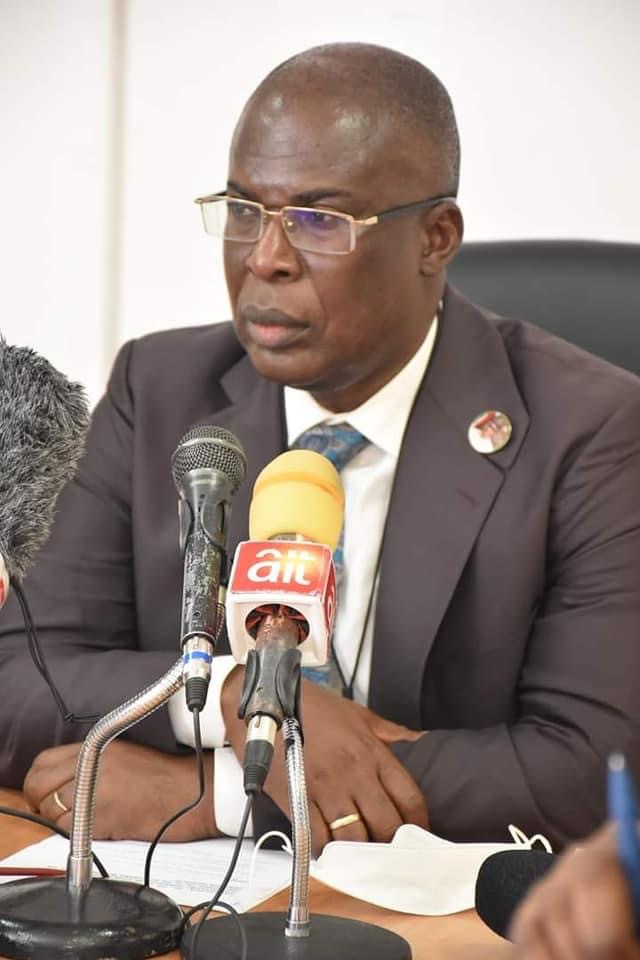 MINISTER of State for Petroleum Resources, Chief Timipre Sylva has declared that the decision of the President Muhammadu Buhari led administration to approve projects to states in the Niger Delta region is a calculated way of providing gainful employment that will solve the problems facing the region.

Chief Sylva, who made this known on Thursday during an inspection tour of ongoing construction works at the Nigeria Oil & Gas Park Scheme, NOGAPS, located in Emeyal Community in Ogbia Local Government Area of Bayelsa State and undertaken by the Nigeria Content Development and Monitoring Board, NCDMB, assured that the administration of president Muhammadu Buhari has promised from the very beginning to bring jobs to our people because we believe that it is job that will ultimately solve the problem of the Niger delta.

He said, “The administration of President Muhammadu Buhari had promised from the very beginning to bring jobs for our people because we believe that it is job that will ultimately solve the problem of the Niger Delta”.

“There are a lot of Niger Delta people that have no jobs, so as a responsible government one of the first thing we must do is to try to see how those very able bodied and qualified young people who are unemployed to be gainfully employed and I want to tell you that Mr president is very committed to this mandate”.

“From what am seeing here a lot of the project are over 70% complete and so we are certain that within the life of this administration this project here will be commissioned. What we are trying to do here is to create opportunity for manufacturing of some of the parts that are needed in the oil industry, there is no reason why we would be importing everything including knots and bolts from outside Nigeria”.

Sylva, who was accompanied by the NCDMB Executive Secretary, Mr. Simbi Wabote and other members of the NCDMB governing board on a tour of the Nigeria Oil & Gas Park Scheme, NOGAPS, expressed satisfaction with the pace of work at the project site, pointing out that the project which is expected to be commissioned in 2022 will provide over 2000 jobs for youths of the region.

He commended the peaceful disposition of the host communities, noting that if the communities was not peaceful the job wouldn’t have progress thus and urged them to sustain the peace as more opportunities will be created in the area for the people to benefit,”NCDMB, has brought this opportunity for us to bring companies that will operate here to be able to produce those things to salvage this industry, in other countries the service industry is even bigger than the oil industry itself because they produce all the equipment that are needed for the industry and actually also service the industry, at some point it becomes even bigger than the oil industry itself, that is where we are going.

“The hope is that this place when completed will create over 2,000 jobs and you can imagine if only this place can create 2000 jobs quality jobs around here so many of our young people would have been employed.”

Also speaking, the Executive Secretary NCDMB, Mr. Simbi Wabote, while commending President Buhari and the HMSPR for their support for the project, stating that the progress so far recorded at the project site would not have been achieved without the support of the president and minister and expressed the confidence that the industrial park will be commissioned by the last quarter of next year.