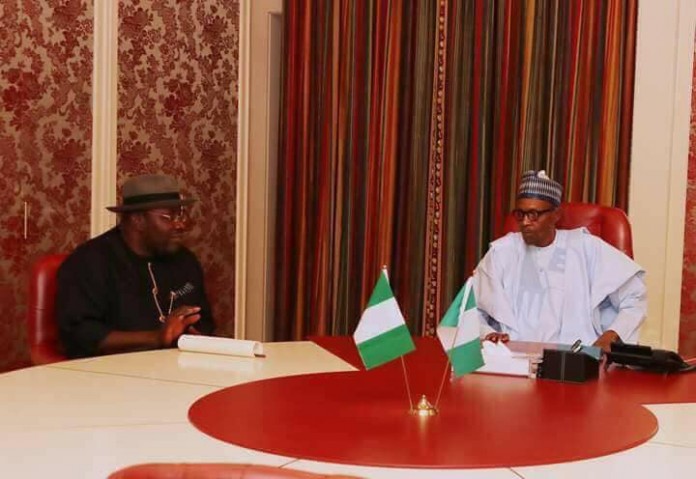 GOVERNOR of Bayelsa State, Seriake Dickson, on Thursday met with President Muhammadu Buhari at the presidential villa, Abuja over the security situation in the Niger Delta and the ongoing agitation for the restructuring of the country.

Speaking to State House correspondents after the meeting, he said he explained to the president the need to change the present approach to security issues in the region.

Dickson said the president fully understood the issues he raised.

He stated: “I am here this afternoon to see the President and to confer with him on critical national issues and also on issues that are pertinent to the stability, security and development of Bayelsa state and the Niger Delta region. And we had a very fruitful discussion and I am grateful to the President for the opportunity he afforded me to intimate him on the challenges and also the prospects.

“You recall that since my re-election this is the first time to be here. I am not a regular visitor here. So, I thank the President for availing me the opportunity to share perspectives on very serious issues on security, stability and development of Bayelsa and the Niger Delta region of Nigeria.

“We talked about a whole range of other issues, including what we think should be the final response to the ongoing debate about devolution. And I believe that we had a very fruitful interaction.” 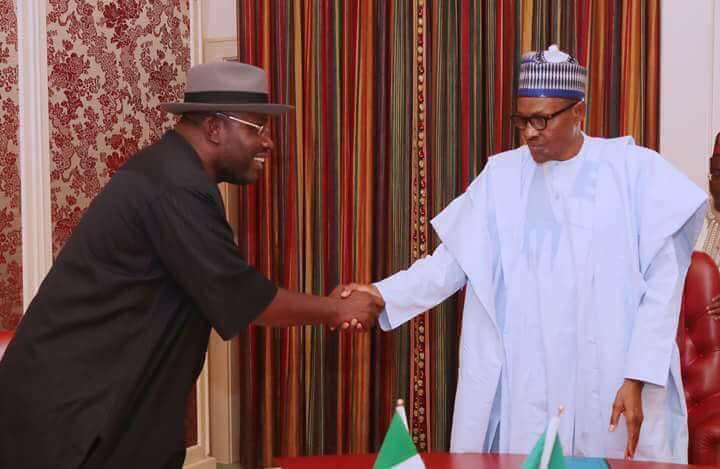 Asked what his specific concerns were and what he wanted the president to do, the governor stated: “I had a discussion with the President. He is the President and Commander-in-Chief. He is the leader of the country and these issues are beyond partisan politics. We had a frank discussion.

“He understands the issues because he served in that region during the war when he was a younger officer. He is familiar with the challenges that I have come to discuss with him and I look forward to collaborating and working with the President with the security officials to advance security in the region.

“Governors of the Niger Delta region are doing a lot and as governors, we will continue to do our best, working with the security agencies. We should be apolitical in supporting constituted authorities in the states. We expect that this interaction will yield positive results.”

On the question of restructuring, Dickson stressed the need to carry northern leaders along as he commended the All Progressive Congress (APC) panel on restructuring, which he observed had done a lot.

The governor further said: “Two days ago I was in Kaduna to confer with my brother, friend and colleague, the governor of Kaduna State (Nasir el-Rufai). As you know he chairs the APC panel on restructuring or devolution. And that panel as far as I am concerned did a good job.

“What we need is what it agreed upon to expand the scope of consultation. My view is that all parts of Nigeria needs to be carried along, especially the leadership of Northern Nigeria. It needs to be engaged and contacted for their buy-in and support. It is not only essential, it is indispensable to the success of the new Nigeria we are trying to carve.

“We are talking about our country and every part of the country has to be carried along. We need to interact and know what their fears and concerns and perspectives are so that we can at the end craft a position that will represent the collective aspirations of all parts of our country because this country is in dire need of devolution. This country is in dire need of a return to the essential founding fathers principles of our nation.

“That is when you can have stability in the states. That is when we would have unleashed the huge potential that exist in every part of the country.”