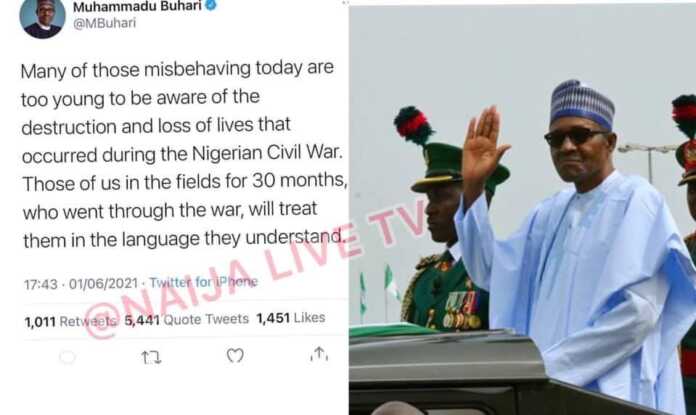 Twitter has deleted President Muhammadu Buhari’s tweet wherein he threatened to treat Nigerians “misbehaving” in “the language they understand”.

In the tweet shared on Tuesday, Buhari spoke about the civil war experience and threatened to deal with those “bent on destroying” Nigeria through “insurrection.”

“Those of us in the fields for 30 months, who went through the war, will treat them in the language they understand,” he had said.

It is not immediately clear if the platform will take further action against the president.