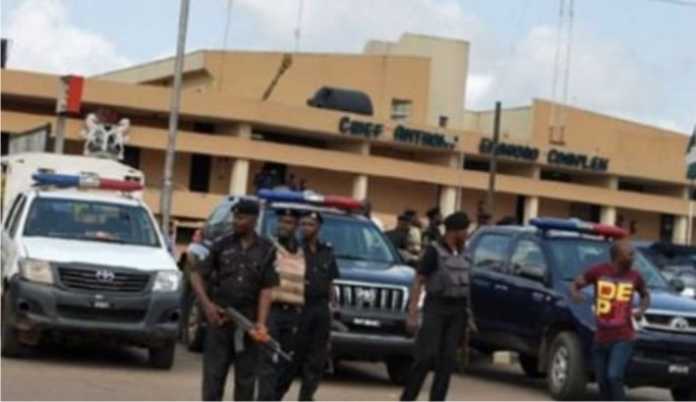 The Edo State House of Assembly has been taken over by officers from the Nigeria Police Force.

Dozens of the security officials stormed the Assembly complex in Benin City while patrol vehicles were stationed around the area.

It was gathered that the move was to prevent alleged planned attack on the facility.

Deputy Commissioner of Police (Operations), Ayoola Ajala, led the operation, which is ongoing.

Political Stories SAINT MIENPAMO - September 20, 2020 - 1:22 pm 0
The candidate of the All Progressives Congress in the Edo State Governorship Election, Osagie Ize-Iyamu, was defeated by the Peoples Democratic Party...