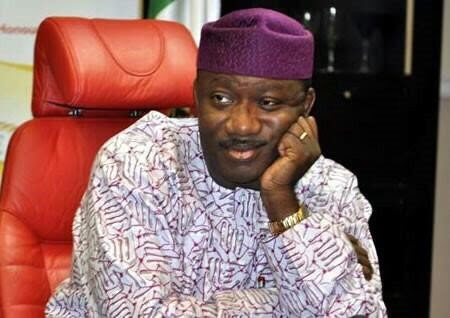 The candidate of the All Progressives Congress (APC) for the Ekiti State governorship election, Kayode Fayemi, on Friday, narrowly escaped being killed by an unknown gunman, his party has said.

The former governor was being received by party men at the APC secretariat in Ado Ekiti, the state capital.

Mr Fayemi had arrived at the Akure airport in the afternoon and was driven to Ado Ekiti in company of the Ondo State Governor, Oluwarotimi Akeredolu, and other top leaders of the party in the state.

The party organised a reception for him following his resignation from the federal cabinet and in readiness for the governorship campaigns ahead of the July 14election.

A spokesperson for the APC in the state, Taiwo Olatunbosun, said that on getting to the party secretariat, a gunman raised his weapon, aimed at Mr Fayemi, and pulled the trigger, but missed him.

A former member of the House of Representatives and governorship aspirant, Opeyemi Bamidele and another leader of the party were not so lucky, as they were hit by bullets.

Mr Akeredolu was also said to have escaped death too as he was beside the governorship candidate. 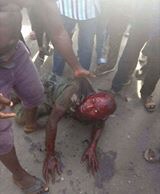 “The gunman was standing in front of JKF (Fayemi) and shot at him, but he missed him, but shot other persons standing near the APC candidate,” spokesman for the party in the state, Mr Olatunbosun, disclosed to PREMIUM TIMES.

“MOB (Bamidele) is currently in the intensive care unit of a hospital right now, and another member of the party. They are receiving treatment from the bullet wounds.”