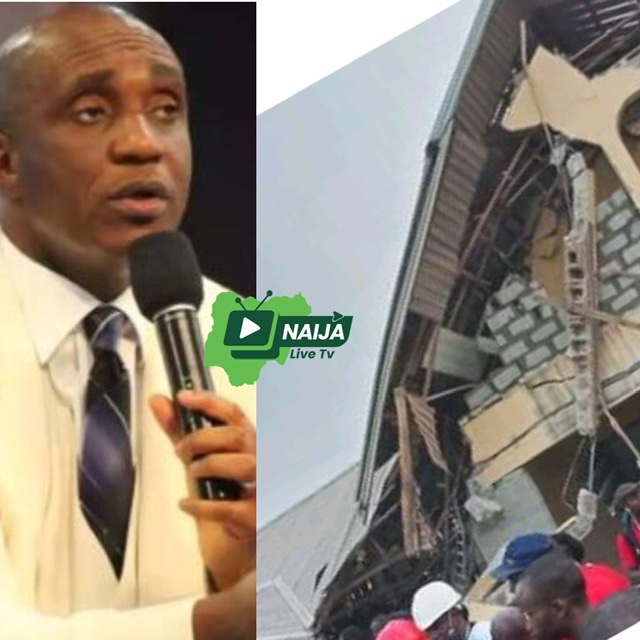 Several people are said to be dead and others trapped after a building belonging to the Salvation Ministries in Asaba, the Delta state capital collapsed.

The church building which was said to be in use for the first time was reported to have collapsed at about 5:55 p.m. on Tuesday.

In a video seen by Peoples Gazette, worshippers and sympathisers were seen crying at the scene of the collapse as efforts were on to rescue some victims who were trapped.

A male voice which appeared to be that of the video recorder was heard saying, “This is the children department that collapsed. We have lot of children still trapped.

“Already we have some death toll. It is a very critical situation right here in Asaba, Okpanam Road by Rainoil, Salvation Ministry.”

As at the time of filing this report, the Delta State Commissioner for Health, Ononye Mordi, and the Red Cross team were at the scene of the collapse helping to rescue trapped victims.

I Once Gave $1m As Offering During Sunday Service – Ibiyeomie

My Mother Asked Me To Kill My Younger Brother...